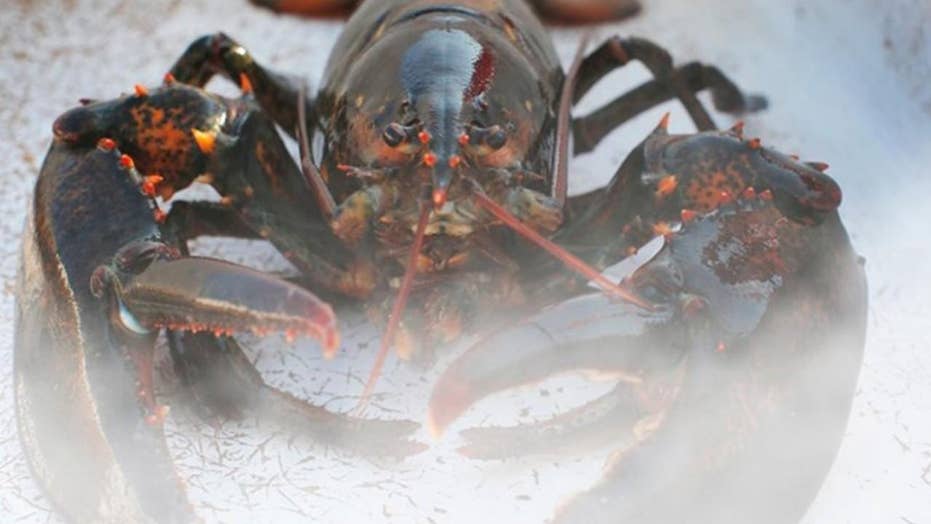 Maine restaurant gets lobsters ‘high’ before killing them

A restaurant in Maine is experimenting with using marijuana to keep lobsters calm. The owner claims the process is ‘more humane.’

Charlotte’s Legendary Lobster Pound in Maine currently offers its lobsters steamed or boiled. But the owner is really hoping you'll enjoy them baked out of their skulls.

Charlotte Gill, who opened Charlotte’s Legendary Lobster Pound in Southwest Harbor seven years ago, is experimenting with getting the lobsters high off marijuana smoke before killing and cooking them, believing it to be more humane than the traditional methods.

SWISS GOVERNMENT RULES LOBSTERS MUST BE STUNNED BEFORE BEING BOILED

“I feel bad that when lobsters come here there is no exit strategy,” Gill told the Mount Desert Islander. “It’s a unique place and you get to do such unique things but at the expense of this little creature. I’ve really been trying to figure out how to make it better.”

In the restaurant’s first experiment into the process, a lobster — nicknamed “Roscoe” — was placed into a box with a few inches of water at the bottom, and marijuana smoke was then blown through the water, into the box.

Gill, also a licensed medical marijuana caregiver in the state of Maine, claims Roscoe was much calmer and less aggressive for the subsequent three weeks, and didn’t try to attack the other lobsters in his tank even though his claws were unbound.

She later released Roscoe to the sea “as a thank you,” according to the Islander.

Following the tests, Gill has dedicated a special outdoor station to sedating the lobsters with THC-infused smoke, but only at the customers’ requests. In the future, she plans to build an even larger tank in order to sedate multiple crustaceans at once.

“The animal is already going to be killed,” said Gill. “It is far more humane to make it a kinder passage.”

Gill also believes this method won’t actually impart the edible lobster meat with THC, as the lobsters will be steamed before being served, thus destroying any residual traces.

“THC breaks down completely by 392 degrees, therefore we will use both steam as well as a heat process that will expose the meat to 420 degree extended temperature, in order to ensure there is no possibility of carryover effect (even though the likelihood of such would be literally impossible),” she told the Islander.

“I’m not selling an edible,” she added.