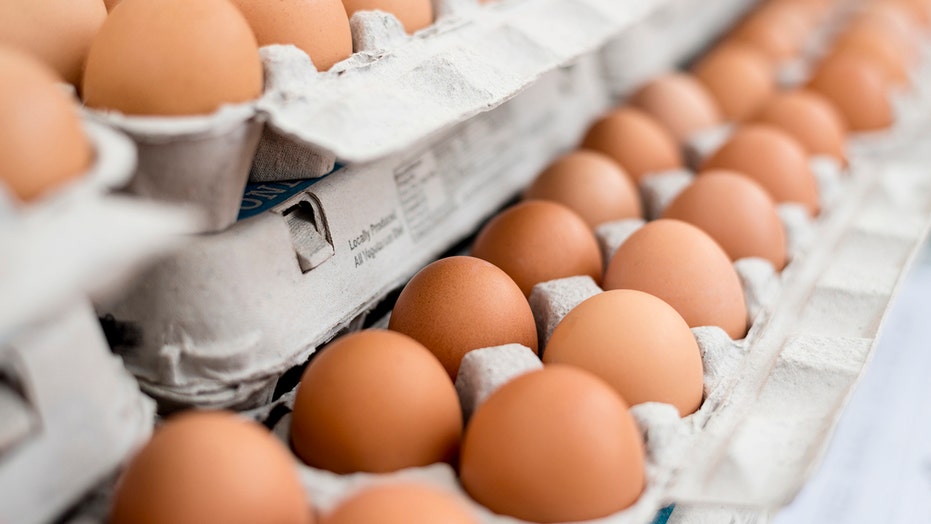 Walmart, Kroger, Albertsons and others are adding plexiglass barriers to keep customers and employees safe during the outbreak.

Dozens of retailers and farms have been named in a class-action lawsuit that alleges they engaged in price-gouging by marking up the price of eggs sold in California.

Costco, Trader Joe’s, Walmart and Kroger were just a few of the retailers accused of “the despicable and illegal practice of price-gouging of essential groceries” amid the ongoing coronavirus health crisis, according to court filings obtained by Bloomberg Law.

WHAT TO SUBSTITUTE FOR EGGS IN BAKED GOODS

The complaint, filed in the U.S. District Court for the Northern District of California, alleges that plaintiffs noticed “grossly inflated” prices at retailers after Calif. Governor Gavin Newsom issued a declaration of emergency on March 4.

“As in any time of economic turmoil, there are those who seek to profit from the misery of millions," claims the lawsuit, which accuses multiple large retailers of "grossly" inflating the prices of eggs. (iStock)

“As in any time of economic turmoil, there are those who seek to profit from the misery of millions. Defendants, who are producers, wholesalers, and retailers of eggs, comprise one such set of actors seeking to unfairly profit from the increased consumer demand for eggs in the midst of the ongoing crisis,” the lawsuit reads.

The complaint stops just short of accusing every single retailer and farm of price-gouging. Rather, the lawsuit alleges that “at a minimum, some of these defendants did so.”

Those named in the lawsuit include major retailers, like Costco, Walmart, Amazon, Trader Joe’s and Kroger, among other major retailers, regional chains, and farms across the Midwest, West and Southwest.

A representative for the law firm of Davis & Norris, LLP, which is representing the plaintiffs, was not immediately available for comment.

Both Costco and Trader Joe’s have publicly denied any wrongdoing.

“This case has no merit," a spokesperson for Trader Joe's told Fox News. "Even while our costs were rising, we chose not to raise our prices on eggs during the time referenced. In fact, for a period of time, we lost money on eggs because of this. Some basic homework by these attorneys would have shown that our egg pricing was another example of how Trader Joe¹s does everything we can to keep prices down for our customers."

"Costco Wholesale has not engaged in price gouging in the sale of eggs,” a representative for the retailer told Delish. “To the contrary, it has lodged complaints with governmental authorities that egg suppliers have charged Costco increased prices that did not seem in line with feed and production costs of those suppliers.”

Costco, one of the defendants named in the case, has publicly denied any price-gouging. “To the contrary, it has lodged complaints with governmental authorities that egg suppliers have charged Costco increased prices that did not seem in line with feed and production costs of those suppliers," a representative for the chain said. (AP Photo/Ted S. Warren)

Representatives for Kroger and Walmart did not immediately return requests for comment.

Earlier this month, the U.S. Department of Agriculture reported that egg prices, on average, had tripled since the beginning of March due to shortages and demand.