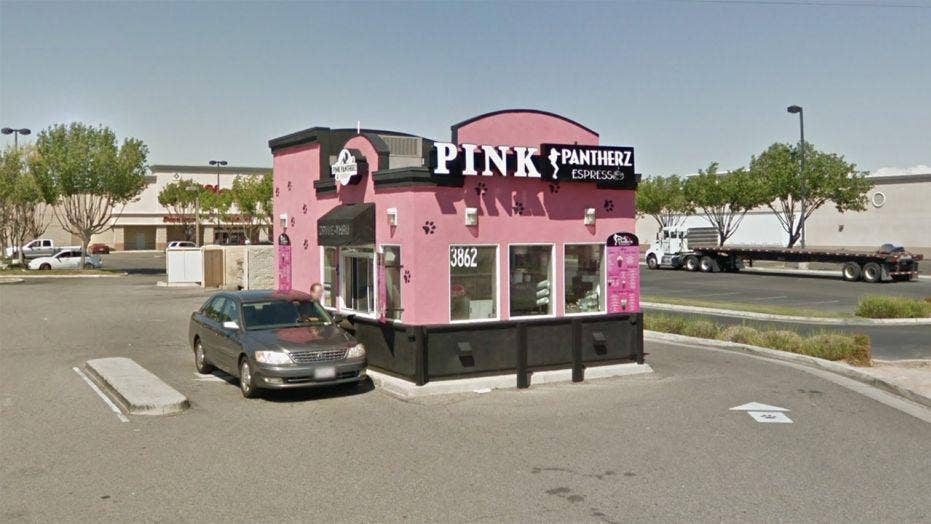 Scantily-clad baristas to cover up at coffee shop

When a new ‘Pink Pantherz’ was set to debut in San Mateo California, residents objected. The café prominently features bikini and lingerie-clad baristas. After the uproar the store is getting a new dress code.

The opening of a new bikini-barista coffee stand in California’s Bay Area is drawing the eyes – and the ire – of nearby residents.

The latest location of Pink Pantherz Espresso, a coffee chain that employs bikini- or lingerie-clad servers, is being criticized as “disgusting” and “disrespectful” after opening up in Campbell last weekend, KPIX reports.

“Right in between two elementary schools, a day care…? Just disgusting,” one woman wrote on a community forum, according to the outlet.

Another resident told Mercury News “they shouldn’t be here,” claiming she was “worried about the customers it attracts.”

This type of backlash, however, isn’t entirely new for Pink Pantherz. Ahead of the grand opening of its Redwood City stand in September, the chain said servers employed at that location would wear tank tops and shorts as part of an agreement the owners made with San Mateo County. The coffee chain also renamed some of the edgier items on the menu, including its “Bootycall” and “Pantydropper” drinks.

The owner, Jose Carmona, has reportedly extended some of those same courtesies to the Campbell location as well, including more coverage for servers’ rear ends, and changing some of the more controversial names of its menu items.

Still, some residents aren’t pleased, with one telling KPIX the idea is “disrespectful for women.”

“It’s just using women as an object; sexual object, in this case,” she added.

Not everyone in Campbell is upset about the new Pink Pantherz, though. Multiple residents who spoke with local outlets didn’t seem to care, with two noting that the servers are not visible from the street, but rather only when a customer drives up to the window.

The manager of the Campbell location has also noted that the women working at the shop knew of the dress code before applying.

“All the girls that work here, they know what they’re signing up for. Go work in an office — there is somewhat of a dress code there too,” Sarah Perrin told Mercury News.

Meanwhile, Carmona confirmed to the outlet that his attorneys are working with city officials in order to obtain permission for servers to wear more revealing bottoms.