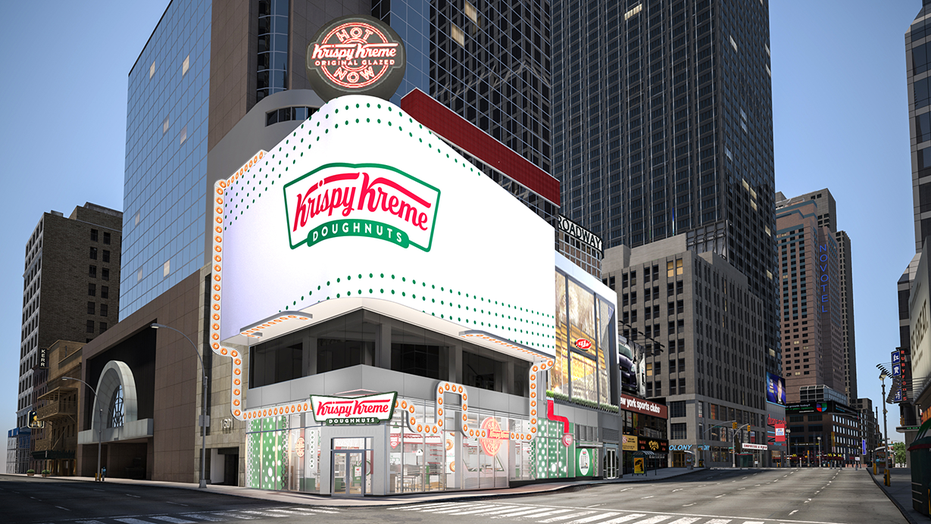 We can’t say the aroma of doughnuts would be an unwelcome smell amid the countless odors of Times Square, one of NYC’s most heavily trafficked areas.

On Monday, Krispy Kreme announced plans to open a flagship location in the heart of Manhattan, complete with “immersive and interactive” features and “stadium-style” seating.

Along with exclusive merchandise and stadium-style seating, the flagship location will feature the world's largest "Hot Light." (Krispy Kreme)

“In the most iconic city in the world, the Krispy Kreme Times Square Flagship will showcase our brand on the global stage and inspire customer wonder,” said Krispy Kreme CEO Michael Tattersfied, in a press release.

In promising “the most awesome doughnut experience imaginable,” the Times Square Krispy Kreme will not only showcase the doughnut-making process at its “iconic doughnut theater” — as many stores currently do — but it will also include stadium-style seating inside a larger-than-life doughnut box, pointed at the "theater" from just across the shop.

“In the most iconic city in the world, the Krispy Kreme Times Square Flagship will showcase our brand on the global stage and inspire customer wonder,” said Krispy Kreme CEO Michael Tattersfied. (Krispy Kreme)

The store will also offer exclusive merchandise, as well as the world’s largest “Hot Light” (to let customers know when fresh doughnuts are being made) and mysterious “immersive and interactive digital activations,” although the details of those “activations” were unclear.

The location will also be open 24 hours per day, and the company expects it to serve more customers, annually, than any other Krispy Kreme on earth.