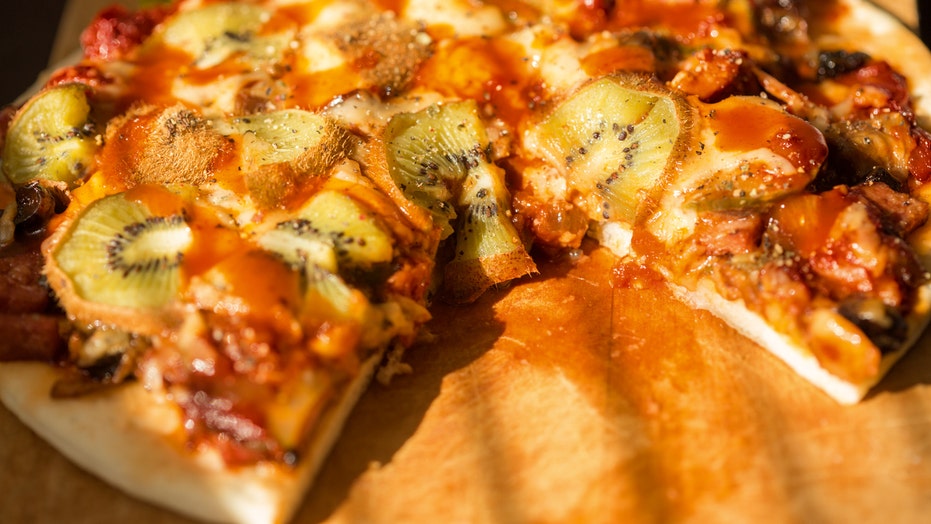 And you thought pineapple was controversial.

NJ DECLARES ITSELF 'BAGEL CAPITAL OF THE WORLD,' TWITTER RESPONDS

In yet another “why?” post on Twitter, one user is being bombarded with critical responses after uploading a photo of a cheese pizza covered in Canadian bacon and--wait for it--kiwi.

Unsurprisingly, people on social media have had strong reactions to the unconventional fruit topping.

Though it’s unclear where the kiwi pizza was ordered — according to Reddit, it came from a Danish pizzeria — it’s not unclear that the majority of commenters hated the idea of it.

In fact, it appears that the concept of kiwi pizza is so grotesque to pizza-eaters that fans and haters of pineapple pizza were able to put their feud aside to focus on a new common enemy, agreeing the green fruit is a “bigger threat.”

However, as maligned as the pizza appears to be, there are small few who either are genuinely interested – or are just trolling.

The major takeaway seems to be fruit and pizza don’t mix. But if it has to be fruit, it should be pineapple, but nothing else. And also probably ignore that tomato is technically a fruit.