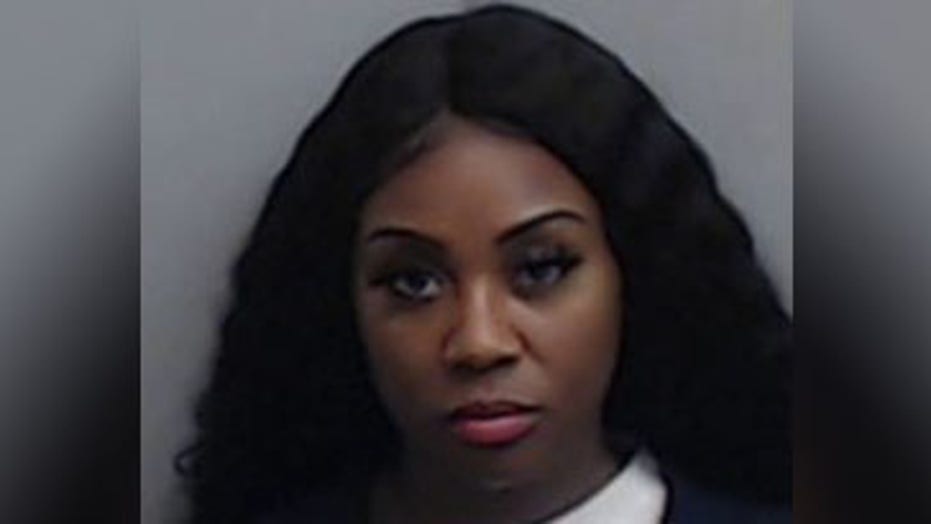 A woman who allegedly shot at a KFC drive-thru for not getting a fork and napkin with her order has been arrested.

The 33-year-old woman from Sandy Springs, Ga., was taken into custody almost a month after the incident occurred at a KFC in Shelbyville, Ky. She is currently awaiting extradition from Georgia to Kentucky.

Jonelle Jade Dare, 33, was arrested on Tuesday after authorities tracked her to Atlanta, WSB-TV 2 reports. No one was injured during the original incident, although there were several customers and employees in the restaurant at the time.

In a statement obtained by Newsweek when the incident originally occurred on October 28, a spokesperson for the Shelbyville Police Department said, “At approximately 11:50 am, officers were dispatched to KFC on a ‘shots fired’ call. According to employees, a customer (adult African American female) in the drive-thru lane became agitated and verbally abusive. After the customer received her drinks and food, a gunshot from inside the vehicle struck a store window. The subject driving a white Mercedes Benz then left the scene driving at a high rate of speed going south on Boone Station Road.”

The statement continued to confirm that, “No one was injured. Detectives are currently working on the case and the identity of the driver is currently unknown. There does not seem to be a known motive at this time.”

According to witnesses, however, the shooter was upset over not receiving the utensil and napkins. A local resident shared an image of the shattered window to Facebook and captioned it, “This happened at KFC early today, some women got mad over paper towels and a fork and shot a 9 mm at workers in Shelbyville today.”