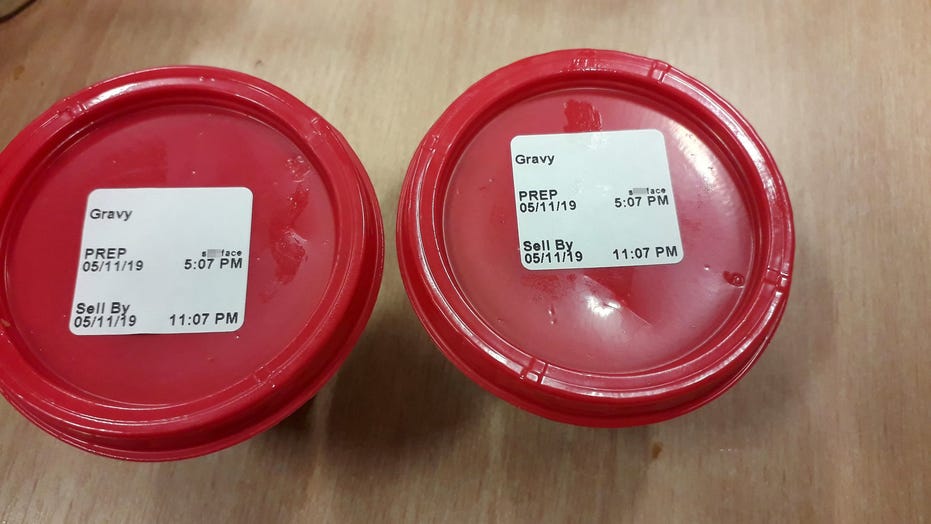 A customer claimed this week that he received two containers of gravy from the fast-food chain restaurant in Chesterfield, England, with a surprising insult written on them.

Karl Francis Cooper said his gravy had the word “s---face” printed on the label, SWNS reported Tuesday. After pointing it out to the restaurant, Cooper said he doesn't feel like they’re taking it seriously enough.

Customer Karl Cooper said his gravy had the word “s---face” printed on top of it. (SWNS)

Cooper said he didn’t notice the word on his side dishes until he returned to his office to eat his meal.

“I was really shocked to see that random, unpleasant word printed across the top of my sides after waiting so long for my lunch,” he said. “Even if it wasn't meant for me, and the guys behind the counter were just bored or had meant it for someone else, it's just not [OK].”

Cooper, 38, has no idea why this happened, he said.

"I had stepped out for lunch to the closest branch, minding my own business, and ordered chicken wings,” he explained. “Oddly enough, I didn't think of getting sides, then saw the adverts for gravy and thought to myself that would spice it up. I waited 20 minutes, maybe even 35 or 40 minutes, for my lunch.”

When he got back to his office, he couldn’t believe his eyes.

"It really took me by surprise," Cooper said. "I sat there trying to think back on the whole occasion and work out if I'd done something to deserve that."

"Truthfully, it probably wasn't meant for me, but they should be careful," he added. "Lots of kids go to KFC -- the staff there should really know better."

After reaching out to KFC on social media, Cooper said he received a message that said: “Hi Karl, thanks for your message. We are very sorry to hear about this. Can you let us know what restaurant you visited so we can find out why this happened and to stop it from happening again? We would also like to send you out a £10 [$12.85] goodwill voucher to say thanks for letting us know, if you can confirm your full name and home address.”

The apology, however, wasn’t enough for Cooper.

“Not only did I have to wait around half an hour for my food, but I was insulted when I'd done absolutely nothing,” he said. “And then they send out a goodwill voucher that's basically what I paid for it. I know it means I'm getting a free lunch, but it’s [unacceptable] -- they should take this more seriously than it seems they are.”

In a statement obtained by SWNS, a KFC spokesperson said: “The Colonel would've blown his lid at this. Looks like a team member was trying to be funny, but it's [unacceptable]. We're speaking to Karl to make it up to him.”