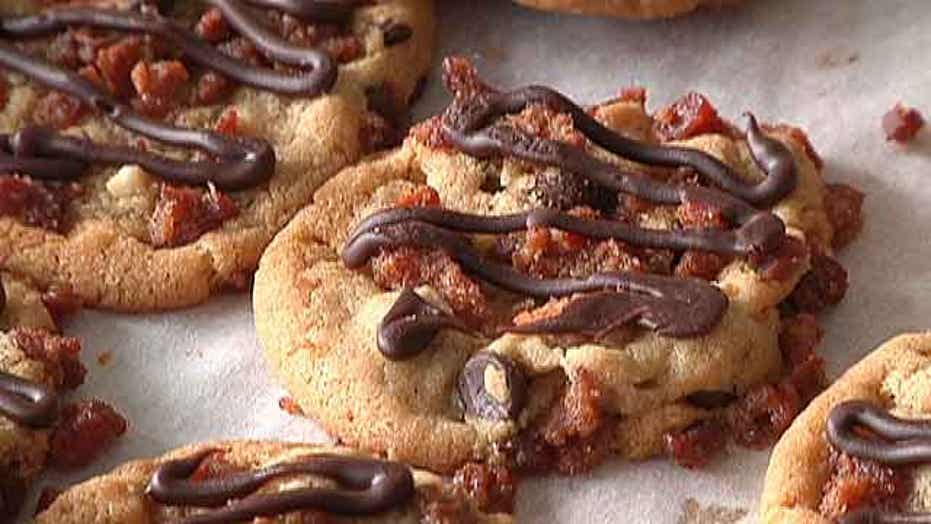 A group of students have taken their love of bacon and put together an event centered around how to make, serve, and flavor the salty meat. ISU’s Bacon Expo showed that bacon could be in every meal from breakfast to dessert.

Ames, IA – If you think that bacon has jumped the shark, think again.

This weekend was the inaugural Iowa State Bacon Expo, a bacon fest put together by a group of students from Iowa State University. After 1,500 tickets sold out within 48 hours, organizers knew that they were onto a good idea.  After all, who could resist tasting the endless varieties of the salty meat, including maple bacon and chocolate bourbon bacon or nibbling on something sweet and savory, like peanut butter cookies topped with bacon.

“I think there’s a bacon craze in this country. I think people are willing to eat bacon to make other things taste good.”

Swanson said that after he pitched the idea to his professors, his team had only six months to pull together the event, they dubbed “Life, Liberty, and the Pursuit of Bacon."

Vendors at the expo were out to show that bacon could be used as more than just a side for breakfast. During the "How Do You Wear Your Bacon?" fashion show, there were raw bacon strips covered neckties, suspenders, and skirts in what seemed to be a Lady Gaga inspired fashion show.

In addition to showing that bacon could be an ingredient in almost any recipe, the Bacon Expo was also meant to educate attendees about the industry and production of bacon --to show how it goes from “gate-to-plate,” said Charles O’Brien, the public affairs chair for the Expo.

Howard Hill, president-elect of the National Pork Producers Council, said that supporting the Bacon Expo was important because it served as a stage to highlight the importance of the pork producing industry for Iowa, one the country's largest bacon producers.

“It’s an opportunity to help explain different agricultural practices that we use today,” said Hill.

People in Iowa are used to finding bacon wrapped foods in many of their meals, and there are other large festivals that celebrate the meat like the Blue Ribbon Bacon Festival, which takes place in Des Moines in February.  But this is the country's first student organized bacon fest.

Student clubs participated in serving up their own bacon recipes along with bacon from the Iowa State University’s own meats laboratory.

“I think there’s a bacon craze in this country. I think people are willing to eat bacon to make other things taste good,” said Dale Reicks, owner of Reicks Family Farms.

Swanson says he hopes that this will be the first of many expos and that the event will only get bigger.