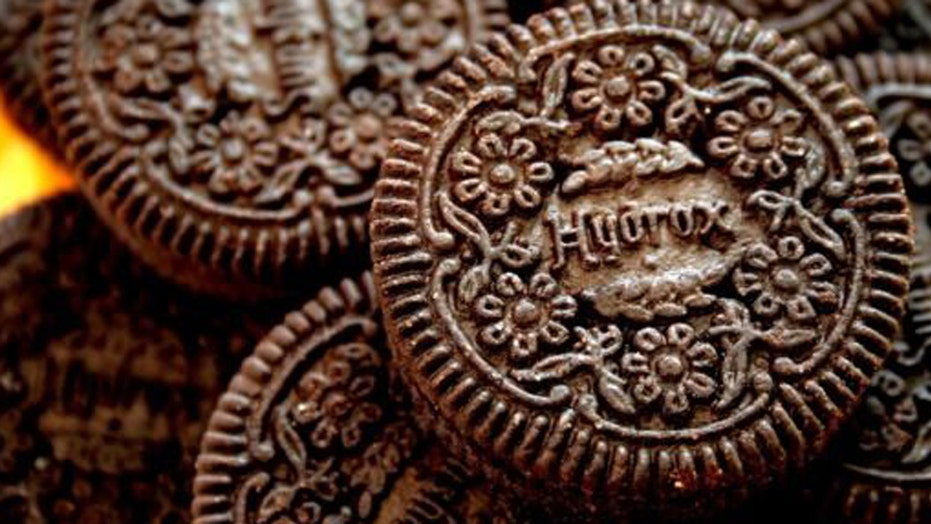 Chew On This!: Oreos haven’t always been America’s favorite cookie. The original crème-filled, chocolate sandwich cookie is back

If you’re craving a crème-filled sandwich cookie, Oreos are usually the first snack that comes to mind today.  After all, they're the world's best-selling cookie.

But this snack favorite is not the original crème-filled chocolate wafer cookie.

Hydrox cookies first debuted in 1908—a full four years before Oreos hit the market. And after years of dormancy, Hydrox are back with a formula the company says is a dead ringer for the original taste cookie lovers first fell for.

“Hydrox was always known to use a darker cocoa, be less sweet, and have a firmer, more crunchy cookie,” Cody Sheehan, manager of international sales and marketing for Leaf Brands, the company that recently acquired Hydrox, told FoxNews.com. “We didn’t focus on today’s pallet or what we thought would appeal to kids, like Keebler had done. Instead, we wanted to bring back that same Hydrox experience that so many had lived through, from 1908 ‘til the 1990’s.”

Sheehan says that flavor was what won over fans decades ago, after Sunshine Biscuit first introduced the Hydrox crème-filled chocolate wafer cookies in 1908 --which soon became the cookie standard served with a glass of cold milk.  They were so popular that the National Biscuit Company (which later became Nabisco) took note, and in 1912, introduced their own version they named the Oreo cookie.

But over the years, despite the throngs of Hydrox fans, sales of the Sunshine Biscuit cookie started falling. In 1996, the Keebler Co. bought Sunshine and, three years later, changed the recipe to make the cookie sweeter and renamed the product Droxies. In 2001, Kellogg's acquired Keebler and Droxies soon was dropped, but not before one last attempt to revive the sandwich cookie with yet another name: Famous Amos-- which didn’t stick either. Other than a brief reappearance in 2008 for the cookie's 100th anniversary, Hydrox has been absent from store shelves.

It's difficult to pin down the exact reason why Oreos left Hydrox in the dust.

But CollectingCandy.com founder Jason Liebig, a vintage candy expert who has consulted for shows like “Mad Men”--and gets paid to make sure things seem authentic-- thinks Oreo's dominance didn't just come from the taste.

“Ultimately they probably had better marketing and a really aggressive sales strategy back in the day,” Liebig says.

But more striking is the revival of the Hydrox, which has been built on consumer nostalgia years after the cookie's slow decline.

Fast forward to 2015, Leaf Brands—a company Liebeg calls a ”retro-peneur” for bringing back vintage classics like the Astro-Pop and Bonkers—acquired the Hydrox trademark and decided to restore the brand to its former glory—but in an entirely modern way.

“We found ex-Sunshine employees and delved through old company records, until we finally found a couple formulation that we were convinced were close to the original,” Sheehan explained. Using Facebook, Leaf reached out to Hydrox loyalists to find out how they remembered the cookie tasting and even sent blind samples. Some even had cookie packages nearly a decade old stashed away in freezers. Sheehan credits these “brand ambassadors” for helping to revive the brand.

Hydrox cookies don’t have the cache of the modern Oreo, with its rotating door of wacky flavors like Cotton Candy and Red Velvet, but a wave of nostalgia—and guerilla marketing done almost exclusively on social media-- has helped boost the forgotten cookie back into the limelight.

And instead of going direct to supermarkets first, where shelf placement can cost as much as six-figures, Leaf went straight to America’s biggest online retailer, Amazon.com.  Hydrox are currently the site’s fifth best-selling cooking—behind Chips Ahoy, Milanos and two types of Oreos.

For Liebeg, who grew up eating Hydrox, the cookie he knew and loved as a child passed the ultimate taste test.

“There's a little bit of childhood in there. This is definitely the Hydrox I remember as a kid."

We decided to put it to our own taste test, as many of our testers hadn't even heard of the cookie.

The biggest distinction our tasters found between a Hydrox cookie and an Oreo is that the former is definitely less sweet. If you're trying to avoid artificial additives, Hydrox may be the way to go with no trans fats or high fructose corn syrup. From a purely caloric perspective, you'll be better off with a standard Oreo. One Hydrox cookie comes in at 65 calorie with 3 grams of fat and 6 grams of sugar. An Oreo has about 53 calories, a little over 2 grams of fat and 5 grams of sugar.

“I don’t know if tastes more chocolate-y but it definitely tastes less sugary,” said a Chew on This taster of Hydrox.

The plain white crème inside a Hydrox cookie—which for now only comes in one variety, no double or triple stuffed yet—is much drier. The chocolate wafers are a little bit thicker than Oreos and crumble easily.

“It’s a good cookie,” said one taster. “But when you eat an Oreo there’s a thing that just makes you want to grab another. I don’t get that here.” Not surprising. A 2013 study found that Oreo cookies may be as addictive as crack cocaine.

But what Hydrox has over Oreos is the nostalgia factor --which is a powerful thing among a smaller brand.  Whether that translates to sales within a larger audience has yet to be seen.

“Oreo may be bigger than ever, but America embraces an underdog,” Liebig says. “I don’t think a Hydrox comeback would have worked 10 years ago but thanks to the Internet, and classic cookie lovers, I think these cookies will do really well.”