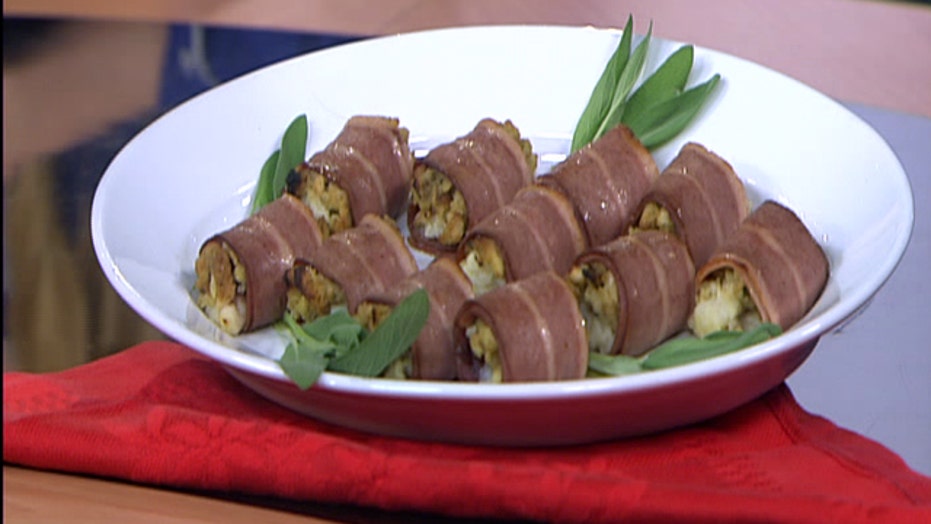 How to hunt your own Thanksgiving dinner

Do more than just carve your Thanksgiving turkey --hunt it.

Chef and outdoor adventurer Georgia Pellegrini loves to tap into her modern day pioneer spirit by hunting and cooking the family dinner.

She’s out with a new book, 'Modern Pioneering: More than 150 Recipes, Projects, and Skills for a Self-Sufficient Life' to show that anyone can be a do-it-yourself cook.

Pellegrini told FoxNews.com when cooking for Thanksgiving, think outside the box. “We are so used to eating the same traditional things over and over; it’s really about using every part of everything whether it’s animal or vegetable protein.”

For dinner, Pellegrini likes to change it up by cooking pheasant, wild turkey, duck, or even pigeon. These animals are plentiful for hunters, but also available in supermarkets and specialty stores. “We’re used to the same flavors, it’s kind of fun to switch it.”

Though, she added that when it comes to more odd choices like pigeon, “you need to think about where is your source” before taking a bite.

When it comes to critics who might be against hunting, Pellegrini has a strong belief that “for me, it’s about paying the full price of the meal and having a true experience behind my food whether it’s gardening, foraging, or hunting my food. I think the meal means so much more that way.”

Pellegrini has three dishes that might put a different spin on Thanksgiving.

Pumpkin Bourbon Soup might give the dinner an extra kick. “Pumpkins and all kind of squash are in season right now and I love to use every part of it … I also like to add a little bourbon in things,” said Pellegrini. Made with two pumpkins, the dish includes shiitake mushrooms, chicken stock, coconut milk, and crushed red pepper.

She then takes the pumpkin seeds to make a brittle called Chocolate Clumpkins. “It’s got some coffee grinds in there and spices which are really fun … gives a little protein and crunch.” The brittle also includes chili oil or habanero oil, maple syrup, and dark chocolate bars.

When it comes to leftovers, Pellegrini likes to make Thanksgiving Leftover Bites. “Taking the turkey, the stuffing, the mashed potatoes, cranberry sauce and rolling them into one delicious bite. It’s a great thing to do with your leftovers so you’re saving, not wasting it.” Each bite is wrapped in turkey bacon to keep the dish all together.

For dessert this year, Pellegrini is making a pie using leaf lard or pork fat. “The best way to make a really flaky pie crust comes from the stomach lining of a pig, which might sound creepy but it’s really delicious.”

Before heading into the kitchen, Pellegrini has one last tip. “We need to start doing more with less, be more self-sufficient – it’s a very empowering thing to do.”