LAS VEGAS, NV - JUNE 07: Alex Ovechkin #8 hands of the Stanley Cup to Nicklas Backstrom #19 of the Washington Capitals after their team's 4-3 win over the the Vegas Golden Knights in Game Five of the 2018 NHL Stanley Cup Final at T-Mobile Arena on June 7, 2018 in Las Vegas, Nevada. (Photo by Bruce Bennett/Getty Images) (2018 Getty Images)

No more handstands on the cup!

Though NHL stars dream of nothing more than having the Stanley Cup in their arms, hockey officials have asked players to refrain from using the 126-year-old trophy for keg stands.

Soon after the Washington Capitals won the cup in June, team captain Alex Ovechkin made headlines for chugging beer from the storied prize via the drinking stunt, in a clip that has since been viewed over 806,000 times on Twitter. According to The Washington Post, Capitals forward Tom Wilson and defenseman Brooks Orpik followed suit with similarly viral keg stands of their own.

A few days later, even Jimmy Fallon got in on the fun, with the help of Overchkin and goalie Braden Holtby, on “The Tonight Show.”

The alarming craze has not slowed down since, with a much-buzzed-about cup stand in late August done by two players’ mothers and a former assistant coach.

While there are no set rules banning celebratory activities with the storied prize, Hockey Hall of Fame officials, who are tasked with maintaining the Stanley Cup, are wary of the wear and tear keg stands may have on the chalice. 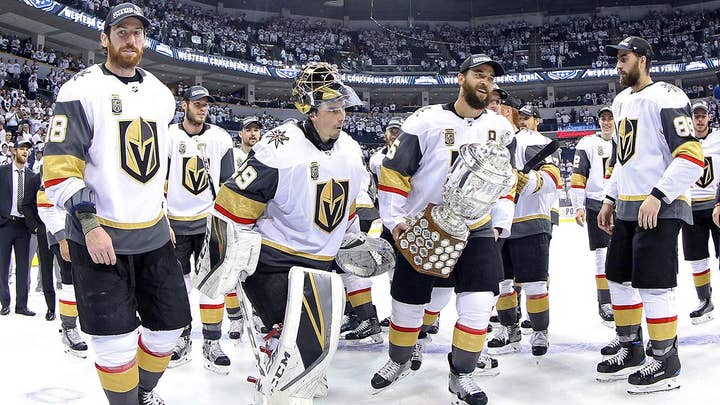 “We ask them politely not to do it,” Hall of Fame vice president Philip Pritchard told the Post. “We’re trying to preserve the history of the Stanley Cup. We don’t want any unnecessary damage to it or a person, in case they drop the person or he presses too hard or something.”

“We’ll see what happens as we move forward with the Cup,” he added, referring to a possible ban of keg stands with the cup. “At the end of September, the Cup is going in to get engraved and updated and cleaned and everything, so we’ll see how it is because we have to take it apart then and everything.”

“We’ll know probably more then, in early October, once it’s back for the home opener. Our biggest thing is respect for it.”

“I have nothing against keg stands,” Phil Pritchard later told USA Today. “My goal is only to preserve the Stanley Cup. If they could do keg stands without grabbing the Cup, then great. But if you put weight on it, then it will affect the Cup.”