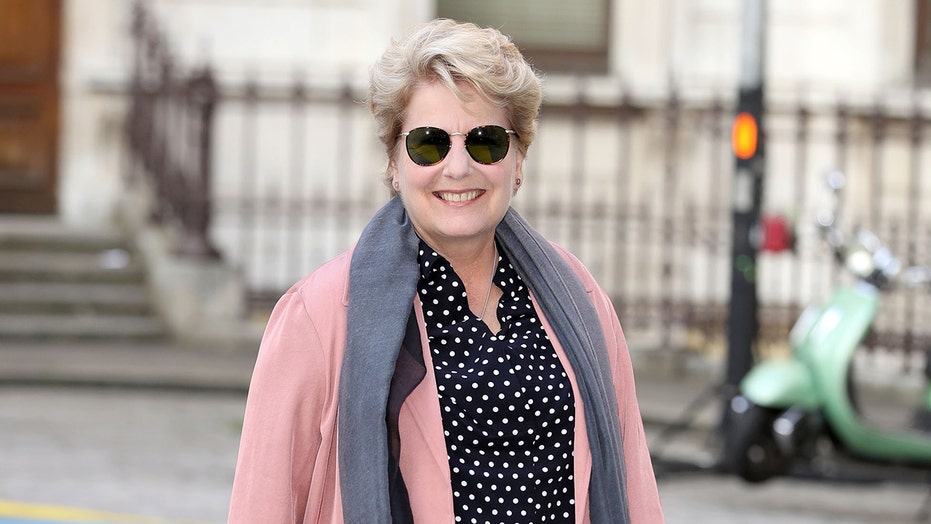 Boy, this really soggies our bottoms.

After three years as a co-host of Channel 4’s “Great British Bake Off,” broadcaster and author Sandi Toksvig has announced she will be not be returning for another season.

Toksvig, 61, shared the news via Twitter on Thursday, telling fans she was stepping down to “spend more time with my other work.” Judges Paul Hollywood and Prue Leith, as well as co-host Noel Fielding, are still expected to return next year.

"Unusually I am departing from the ‘Great British Bake Off’ so I can spend more time with my other work. As my waistline will testify, ‘Bake Off’ is an all-consuming show,” Toksvig said Thursday. (Mike Marsland/WireImage via Getty Images)

“When stepping down from a job it is quite common for people to say they are doing so in order to spend more time with their family. Unusually I am departing from the ‘Great British Bake Off’ so I can spend more time with my other work. As my waistline will testify, ‘Bake Off’ is an all-consuming show,” Toksvig said in a statement also shared by Channel 4, which has aired the series since it moved from the BBC in 2017.

“Spending time with Prue, Paul and Noel has been one of the great pleasures of my life,” Toksvig continued. “These are friendships which I know will continue beyond the confines of television. ‘Bake Off’ is a wonderful program which has already proved it can happily withstand a change of hosting personnel. The reason for that, of course, is that the true stars of the show are the bakers themselves. I wish everyone well.”

Co-host Noel Fielding, who often appeared alongside Toksvig as the show’s comic relief, responded to Toksvig’s news on social media, saying it had “been a joy” to work alongside her for the last three years.

Paul and Prue, too, added that they will always have fond memories of their shared time in the tent.

Channel 4 said Thursday that “the hunt is currently on” for Toksvig’s replacement.

“Candidates must have experience of mopping up spills and the occasional tear, making tea and keeping the amateur bakers to time.”

“The Great British Bake Off,” known as the “The Great British Baking Show” in the U.S., first debuted on the BBC in 2010, with Hollywood and Mary Berry as judges, and Sue Perkins and Mel Giedroyc as co-hosts. Perkins, Giedroyc and Berry announced their departures ahead of the show moving to Channel 4; Toksvig and Fielding took over as presenters beginning in the eighth season, and Leith was chosen as the new judge.