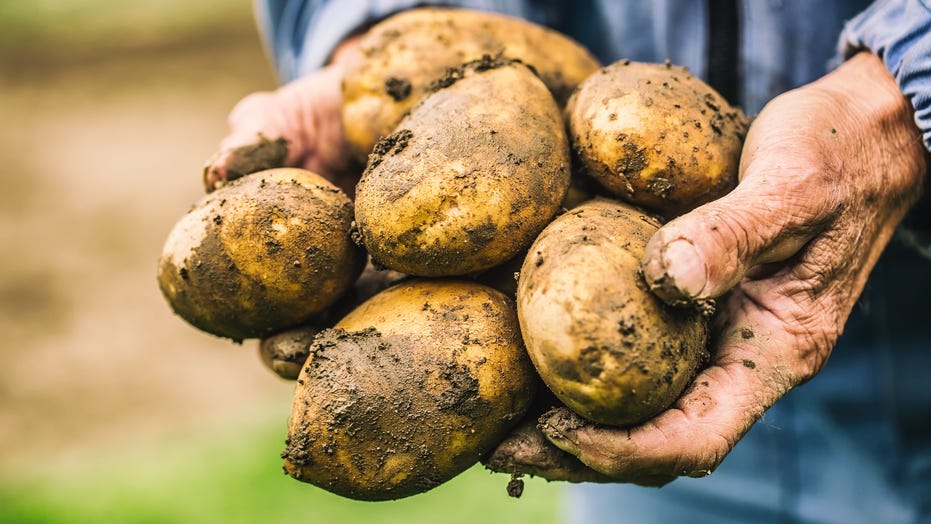 The perfect Super Bowl party food for the big game!

In some parts of the country, there’s nothing better than eating a good old-fashioned potato for the Super Bowl. But when it comes to home cooking for the big game, chili reigns supreme.

According to a map that shows uniquely searched recipes in each state during the week before the Super Bowl, it’s clear that Americans love dip, chili and chicken wings.

While many states posted results that most people would expect, there were still a few surprises.

According to Google Trends, Nevada and Idaho residents searched for "potato" to prepare for the big game. (iStock)

The map, compiled by Google Trends, shows “relatively uniquely searched Super Bowl recipes by state” over the past week. It’s also color-coded to show whether the state’s residents were searching for recipes for main dishes, side dishes, appetizers or dip. Chili was apparently popular enough to warrant its own category.

Texas, Arkansas, Missouri, Minnesota, Michigan, Wisconsin Pennsylvania, New York and Massachusetts are all listed as chili states. Interestingly, Illinois’ most searched for recipe is listed as “Philly Cheese Steak,” while Philadelphia's home state of Pennsylvania is more interested in chili.

7 MEATY APPETIZERS TO SERVE AT YOUR GAME-DAY PARTY

In terms of dip, Google says New Jersey, Connecticut and Virginia are intent on cooking up Buffalo chicken dip, while Maryland (not surprisingly) is listed as a crab dip state along with South Carolina.

Most of the entries are pretty obvious (several states were searching for chicken wing recipes, with stuffed poppers making several appearances as well).

There are, however, some surprises. Apparently, residents in Nevada and Idaho (of course) are simply searching for “potato.” In Wyoming, the top searched recipe is reportedly “ground beef.” Meanwhile, up in Alaska, people were apparently preparing to make “dill pickle with beef dip” for the big game.

While the map was prepared by Google, other studies has shown different findings. According to a study by Bid-on-Equipment that ranked each state's favorite snacks (as opposed to what recipes they were looking up), Nevada is a Buffalo chicken dip state as opposed to just a “potato” state.