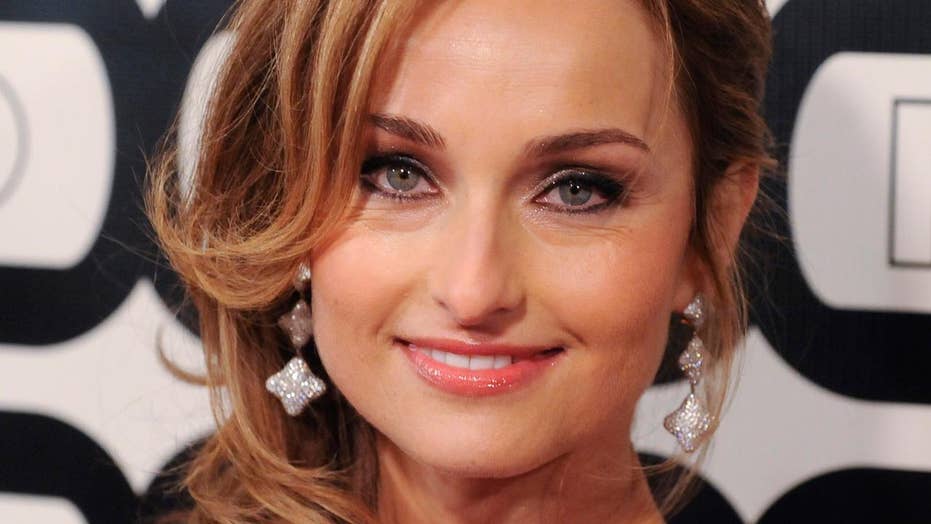 If we had to guess, we'd bet that Giada De Laurentiis is probably going to enjoy an Italian meal in celebration of her 47th birthday on Tuesday.

De Laurentiis has starred in multiple Food Network series, published several cookbooks, and even found time to launch her own lifestyle website. But the celeb chef’s successful career hasn’t been without its controversial moments.

Here are the ones you should know:

De Laurentiis was accused of having a “dump bucket” and spitting out her food in a 2014 New York Post story.

“When Giada films her cooking show, she never eats. Never. When she is making drinks and food that she has to drink or eat, they have a dump bucket that is brought out the second they cut,” a source told the newspaper.

It was also alleged that, occasionally, during filming, “they have an assistant take the bite (so you only see teeth and a mouth), and then they cut back to her taking an empty fork out of her mouth to resume filming.”

De Laurentiis’ representative, Stephen Huvane, told the Post that she “absolutely eats her own food while filming.”

“Giada tapes sometimes three episodes in one day, and they do multiple takes on a close-up of her eating. She doesn’t always eat and swallow every time, since they can do sometimes six to 10 takes with three episodes a day, and that would be like eating six to eight meals a day … The bottom line is, she most certainly does eat the food she prepares on the show, but does not always consume the whole dish, as that would be too much for most people to eat in one day,” Huvane said.

In 2010, the chef denied having an affair with musician John Mayer after Star magazine accused the two of having a tryst, MTV reported.

“The allegation of an affair was a fabrication back in 2010 and remains so today,” De Laurentiis told Gossip Cop about the Mayer claims.

“No, I’m not …” DeGeneres trailed off, with the audience laughing.

De Laurentiis then asked Kidman, “Nicole, have you made meatballs or anything?” while trying to instruct her. Kidman turned slightly away and put her hand up to De Laurentiis, saying it was a “family-friendly” program.

De Laurentiis later criticized DeGeneres’ attempt at an arancini ball, saying it looked “like dog food.” She then looked at Kidman’s, exclaiming, “Oh my God, the woman who can’t cook made the perfect ball!”

DeGeneres tried some of De Laurentiis’ pre-cooked focaccia pizza later during the segment and winced.

“Why do I even do a cooking segment? I don’t even know why I bother,” De Laurentiis said, smiling.

Kidman went on to try the pre-cooked pizza, calling it “a little tough.”

De Laurentiis laughed and said, “Nicole, it’s been sitting there for like five hours! I hate doing these things for that reason.”

Kidman eventually spit the food out of her mouth.