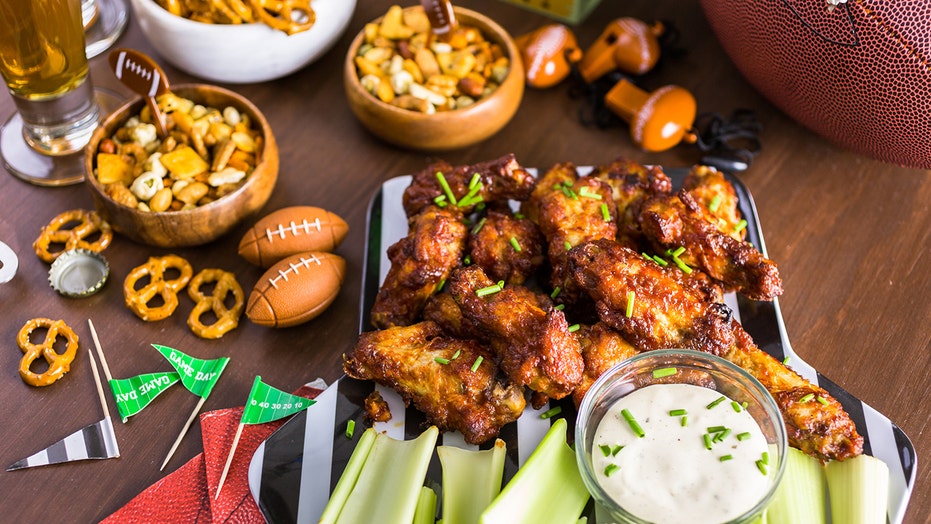 Throwing a party for the Super Bowl? A new study suggests that half the attendees couldn't care less if you were screening “The Lion King,” just as long as there are wings.

The study, conducted by OnePoll on behalf of frozen-food company Farm Rich, found that 56 percent of the 2,000 survey respondents named “food” as their biggest motivation for attending a Super Bowl viewing party, SWNS reports.

However, just under half (49 percent) said the actual game was their top reason for showing up.

See? Half of these people couldn't care less about the game. (iStock)

MORE STATES ARE EXCITED FOR THIS SNACK OVER WINGS, STUDY CLAIMS

That’s not to say food and football were the only impetuses for folks to attend a party on Super Bowl Sunday. A whole 54 percent said they enjoyed the social aspect of it, while 45 percent said it gave them some time to catch up with family.

And of the 2,000 polled, 38 percent admitted they were excited about the commercials.

But make no mistake: Food is a big deal for partygoers. Of the folks surveyed, 42 percent admitted to eating too much at a Super Bowl party, and 74 percent expected to eat more during Sunday’s game than most other kinds of parties or sporting events.

Pictured: The real reason anyone came to the party. (iStock)

Also, when asked for the essential aspects of a good Super Bowl party, the top answer of respondents was “snacks” (44 percent), followed by, of course, alcohol (35 percent).

The study also found that most attendees (50 percent) named chicken wings as an essential party food, so here’s hoping they’re not in for a rude awakening if cocktail weenies end up taking center stage on the buffet table, as previous data suggests they may.