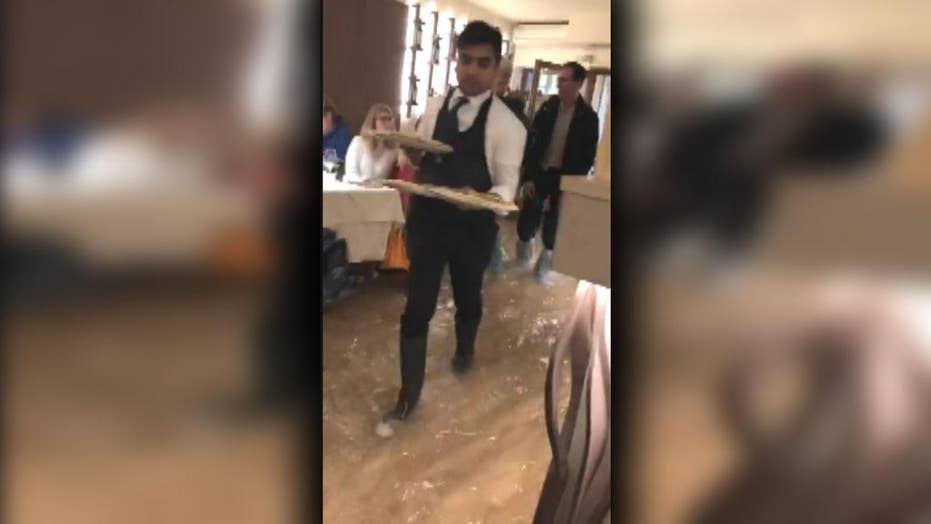 Pizzeria in Italy continues to serve food while flooded

Raw video: Diners seem unaffected as they continue to enjoy their meals in a flooded pizzeria in Venice, Italy.

A Venice pizzeria was open for business this week despite ankle-deep water from violent rainstorms that left three-quarters of the Italian city flooded.

The bizarre scene inside the pizzeria at the Piazza San Marco was captured on cell phone video Monday that has since gone viral.

TRIPADVISOR FINDS BEST PIZZERIA IN AMERICA, AND IT'S NOT WHERE YOU'D EXPECT

In the footage, waiters wearing aprons, ties and knee-high rain boots can be seen dishing out pies in the flooded restaurant as diners also wearing rain boots sit at tables — seemingly not bothered by the wet conditions — as they wait patiently to be served.

It was the worst flooding seen in Venice for at least a decade.

Meanwhile, the Italian Civil Protection Agency said Tuesday that the death toll from the fierce storms battering Italy rose to 11.