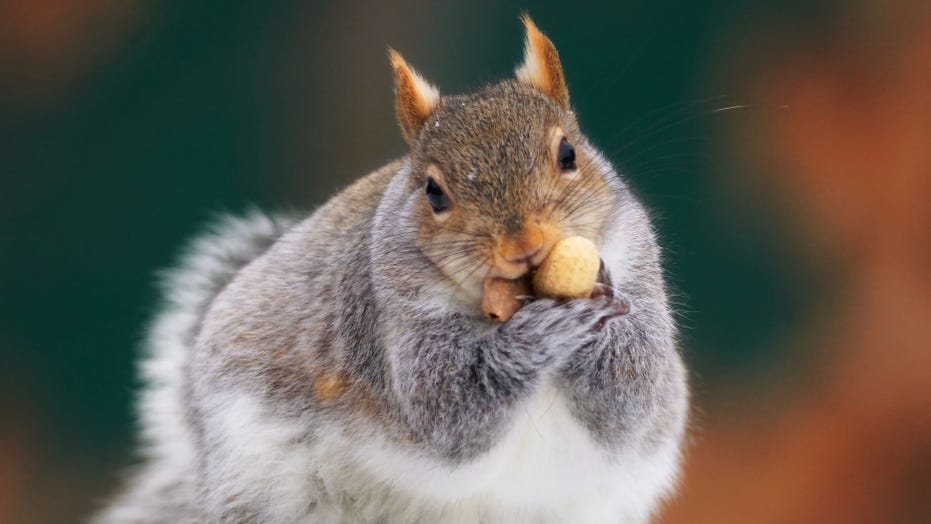 Burgers are probably tastier than acorns, after all.

As fall approaches and the temperature drops, many animals may be looking to add on a few extra pounds. For one squirrel in Florida, this apparently means that it’s time to hit up the golden arches.

A video uploaded to Reddit claims to show a squirrel snacking on a McDonald’s burger. And while it may just be the angle of the camera, the animal does appear to be heavier than your average squirrel.

The video was uploaded by Jamie Walton near a McDonald’s in Venice, Fla., Metro.UK reports. In the footage, the burger looks to be nearly the same size as the small animal.

“I pulled into a parking space and it was a few feet from my door. I thought it was funny and people have found it amusing," Walton explained, according to the news outlet.

While many commenters on Reddit assumed the squirrel was a bit on the heavy side, others speculated that it might be pregnant. According to Walton, “There have been many comments saying the squirrel is pregnant … It is not typical for them to give birth this time of year, but I am not an expert.”

If the squirrel ever gets tired of eating its food in the dirt, there’s a man in Pennsylvania it should meet up with.

Fox News previously reported on a man who built a tiny picnic table for the squirrels in his neighborhood – the idea charmed Twitter so much that people in quarantine all over the United States have started making their own tables for the woodland creatures in their area.

Rick Kalinowski, 43, from Bryn Mawr, Pa., told Caters News Agency that he built the picnic bench and placed it outside the living room window so he could “watch the squirrels eat while I have my coffee every morning.”

Kalinowski also feeds the squirrels on the table.