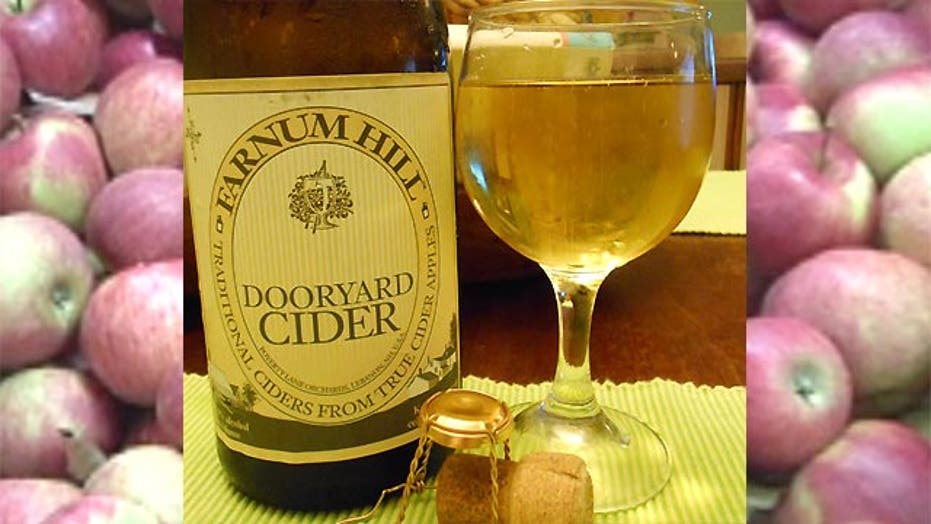 A look at hard cider from tree to tap

Hard cider is kind of having its moment.

Sales of cider, which is fermented apple juice, are rising from about $35 million in 2009 to $172 million this year, according to Chicago-based market research firm IRI.  While it was the drink of choice of the pilgrims, today Americans are reacquainting themselves with cider and demand is booming.

One of the largest producers in the U.S. and at the forefront of the American cider revival is Farnum Hill Ciders in Lebanon, New Hampshire. They've been producing top-tier ciders since the 1980s and craft cider like great winemakers create great wine.

And like great winemakers, the choice in apples for their hard cider is critical.  Not all apples grow up to be cider apples, at least not at Farnum Hill Ciders. The cider house is  picky about their apples, choosing from the crème of the crop at Poverty Lane Orchards. The cider house and apple orchard share a farm nestled in the sleepy town of Lebanon.

Cidermaker Nicole Leibon says that well-developed hard cider shouldn’t taste like fizzy apple juice or apple soda. Great cider, she says, should have a lot of character and dimension to its taste.

Wood has been working with apples since the early 60s and got his start growing and selling table apples. But cider apples are different and too tart to eat. However, crushing the fruit brings out a tart, dry sweetness, so it makes an excellent ingredient in cider.

When the industry began to shift, he decided it was time to make a change.

"When everybody wants an apple the size of your head, and it needs to be waxed in order to sell…we couldn't distinguish ourselves any longer."

"We had to find something this land could give real value to. So we ripped out acres and acres of Macinstosh and Cortlands and planted a bunch of apples that you can’t eat."

Woods orchard produces the largest volume of cider apples in the country, and his cider reflects it, brewing over 12 different cider varieties this season.

"What makes them different and better is that we picked apples that grow well here…that really want to live here."

With decades of experience under their belt, the farmers at Farnum Hill Ciders are getting praise from the industry.

"We were the flaky people that planted apples that you couldn't eat… it’s exciting to be treated as pioneers instead of like Martians as we were at first," co-owner of Farnum Hill Ciders, Louisa Spencer says.

Spencer says the industry is getting bigger and that can only be a good thing for cider-enthusiasts. “People are planting for cider now. It’s finally starting. Each hillside and each region is going to lend its own character to the apples grown there. Pretty soon it will be something analogous to a cider scene the way there is a wine scene on the land. And that can only be good.”

Wood says the focus for his cider is all about the taste. "We don't want a bottle of cider to interrupt a conversation like people intend their wines to. We want the cider to shut up and contribute to the conversation by being nice."