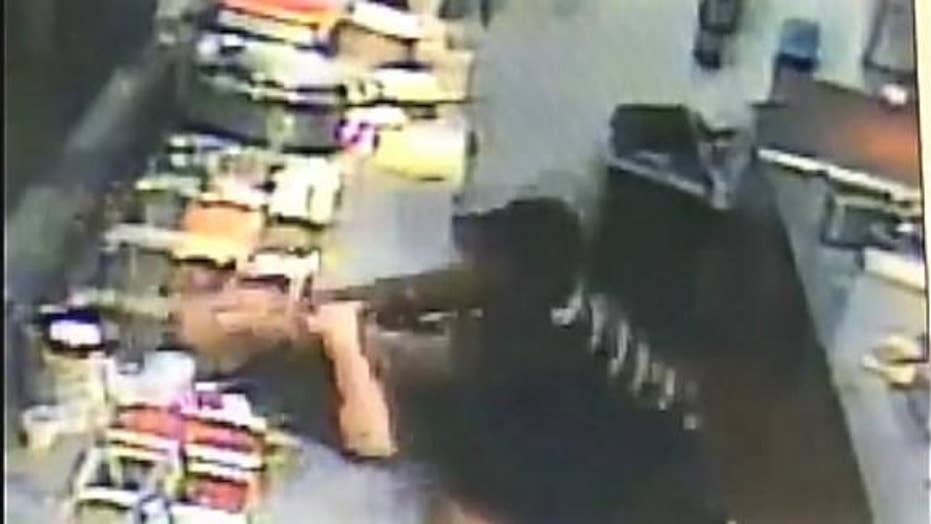 The former manager of a Chipotle restaurant in Missouri says she needed treatment for an injured back after a disgruntled employee threw her into the condiment station.

The former manager of a Chipotle restaurant in Missouri says she needed treatment for an injured back after a disgruntled employee threw her into the condiment station earlier this month.

Rebecca Foth was working at the Kirkwood location when she says an ex-employee arrived to work on Dec. 5, a day after Foth claims the employee had quit, KMOV reports.

Footage Foth shared to Facebook appears to show the employee confronting the manager and waving a finger in her face after, with Foth pointing off-screen to signal for help.

“I’m yelling to my staff to call 911,” Foth told KMOV of the surveillance footage.

As seen in the footage, the employee then assaults Foth, hitting her in the neck and slamming her backward into the counter.

“I knew I was going to get hit. I was actually scared,” Foth told KMOV. “It was kind of open-handed, hit on my neck right here, lifted me off the ground, forced me into the condiment section.”

Foth claims the employee had quit the day before, but returned to work and expected to clock in. (Facebook/Rebecca Foth)

The employee was subsequently arrested and charged with third-degree assault, the station reported.

Foth added that she’s now upset with Chipotle, as she was fired less than a week after the altercation for “[cursing] at her supervisor” — an accusation Foth doesn’t deny.

“I used profanity toward him… because he was rehiring people that I terminated,” she said.

Foth said she was also demanding the chain compensate her for her medical treatment and missed wages as a result of being terminated.

A representative for Chipotle has since told Fox News that the company is not going to comment on "employment situations,” but claimed its compensation team has been trying to reach out to Foth .

"We are committed to maintaining a safe working environment for all our employees, and we expect employees to exhibit professional behavior at all times. We prefer not to comment in public on employment situations to protect the privacy of our employees. We offered the manager support immediately after the event and have followed up to ensure the workers compensation process is underway. Her departure from Chipotle is not related to this event," reads the statement.

"The other employee in the video was terminated after the incident," the spokesperson added.