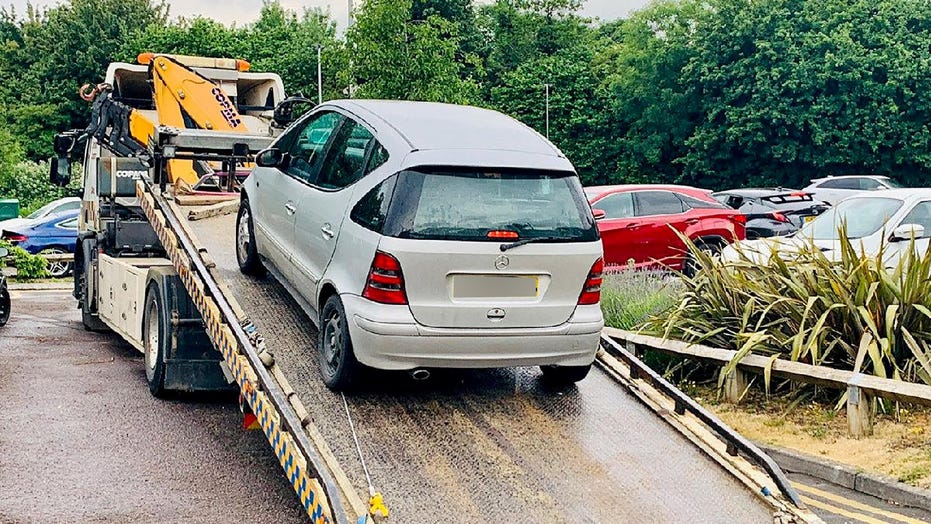 Hopefully, this guy is OK eating in the parking lot.

As fast-food chains and restaurants reopen across the world, reports of massive lines at drive-thrus continue to surface. Unfortunately for one driver, while he was waiting on one of these lines, authorities noticed something unusual about his car.

Authorities in Cirencester, England, seized the silver vehicle as it waited in line at a local McDonald’s drive-thru, Southwest News Service reports. According to the news outlet, the restaurant had just reopened after being closed for three months due to the coronavirus pandemic.

IN UK, MAN CAUGHT DRIVING OVER 130 MPH TO GET HIS FIRST MCDONALD'S BURGER SINCE LOCKDOWN

The driver reportedly pulled into the long line and was waiting to place their order when authorities spotted the car. They reportedly noticed that it didn’t have insurance, prompting them to seize the vehicle.

It’s unclear if the driver still got their McDonald’s or if the incident caused them to lose their appetite.

Local authorities shared a photo of the car on Twitter and tagged it with a hashtag that said “One Big Mac and insurance please.”

While drive-thrus in America mostly remained open during the lockdowns, that hasn’t kept them safe from trouble.

A woman was recently filmed demanding a manager’s phone number while at the drive-thru at a McDonald’s in Maine. When she was refused the information, she began yelling obscenities at the workers and then threw a cup at the window.

Footage of the incident was uploaded to social media and the woman has reportedly been receiving death threats for her actions.

According to someone who witnessed the incident, the woman had previously been banned from the restaurant and following the latest incident, authorities have issued a trespass order against her.