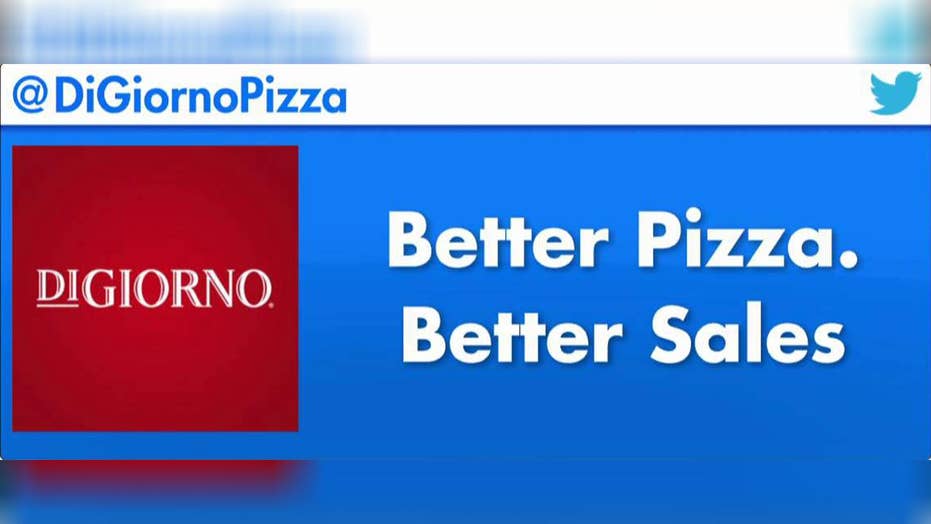 The competition has long been fierce in the fast-food world, and one saucy brand might be trying to spark a full-fledged pizza war.

On Nov. 1, Forbes reports, Papa John’s CEO and public face John Schnatter told investors that the NFL’s “poor leadership” through the “take a knee” controversy has lost the chain $70 million. Schnatter added that the tension between the racially charged protests and the football league “is polarizing the customer, polarizing the country.”

As the media and public alike have erupted in debate over Schnatter’s remarks, frozen pizza retailer DiGiorno evidently couldn’t resist chiming in.

Posting an “Us vs. Them” note on Twitter, complete with two emojis depicting positive and negative growth sales charts, DiGiorno presumably hinted that its own sales, unlike Papa John's, weren't suffering. Later that day, the company also tweeted another message reading, “Better Pizza. Better Sales,” in an apparent dig at the Papa John's motto.

With over 77,000 likes and 13,000 comments pouring in between the two posts, the frozen pizza retailer clearly struck a nerve.

Even A-lister and foodie Chrissy Teigen weighed in on the firestorm, writing, “I guess trying to find a non-racist pizza is our new world, everyone.”

To escalate matters, another pizza chain threw itself into the fray. On Nov. 2, Greg Creed, CEO of Pizza Hut’s parent company Yum Brands, told investors that the NFL protests have not affected their net dough. “We’re not seeing an impact on any of that on our business,” he said, according to Business Insider.

While Papa John’s has stayed silent on social media, it appears they posted a new Twitter bio sometime on Nov. 2.

"Frozen pizza = the pizza equivalent of a participation trophy," it read.

Fellow fast-food pizza chains Dominos and Little Caesar’s have yet to weigh in. Nevertheless, the heat from DiGiorno could be here to stay.