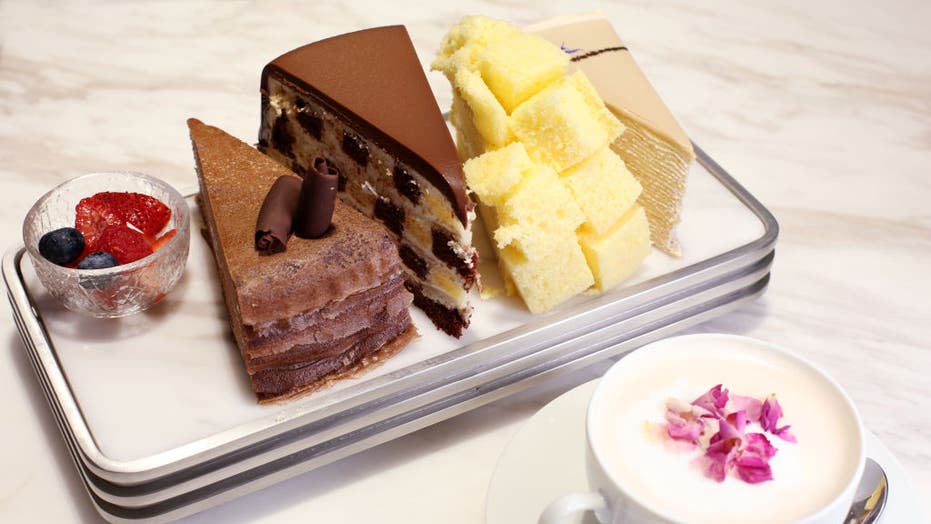 That’s one heck of a sweet tooth.

A former employee at a fancy New York City cake shop is accused of stealing almost $90,000 worth of confectioneries from the store’s warehouse while working as a deliveryman, according to a lawsuit filed by the Lady M bakery.

The 32-year-old man, who worked at Lady M for years, had allegedly stolen the cakes between November 2018 and February 2019, per legal documents cited by the New York Post.

The bakery says it became aware of the theft after hearing of an unauthorized party selling its cakes -- which average $90 each -- at a discount. The company later sifted through surveillance footage and spotted the deliveryman stealing cakes from a warehouse in Queens “almost two dozen times,” the Post wrote.

The employee reportedly stopped showing up to work when the bakery began investigating. He has since pleaded guilty to petty larceny.

A selection of cakes from the Lady M boutique in Hong Kong. (Nora Tam/South China Morning Post via Getty Images)

Lady M was not immediately available to comment on the lawsuit, although a current employee who spoke with the Post claims the shop has installed more security at the warehouse. However, the same employee also partially blamed “mismanagement” for allowing the thief to get away with his actions for so long, and said Lady M “should have been doing their inventory.”

The deliveryman is due in criminal court later this month. The bake shop is seeking to recoup the value of the stolen goods — with interest — as well as other damages.

Lady M currently operates seven locations in the New York area, with others in Boston and Chicago. The company operates dozens of others in China, Taiwan and Singapore, among other international locations.