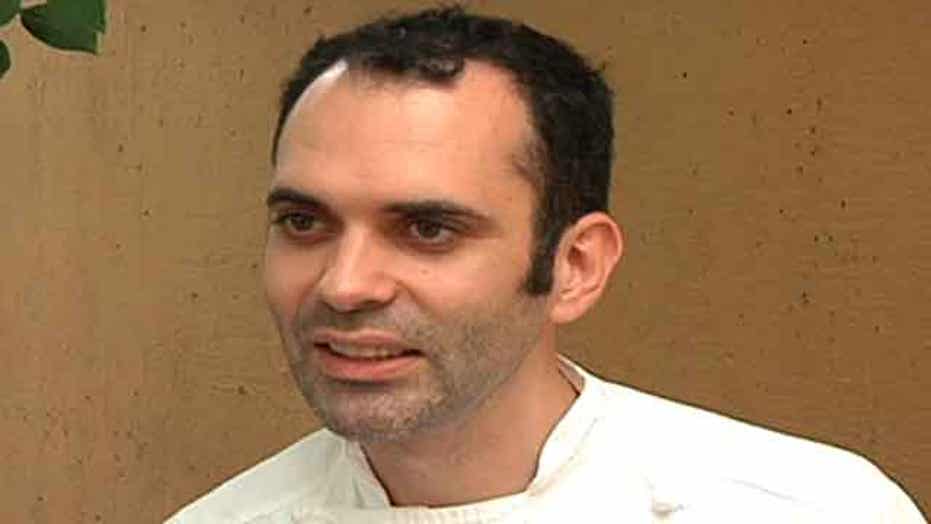 Dominique Ansel sparked a food craze with his cronut, but his DKA is rising in popularity--and you won't have to wait in line.

The line stretches down the block in New York City’s trendy Soho neighborhood. The hundreds of people aren’t waiting to get the latest iPhone or tickets to the hottest summer concert. They’ve lined up for hours to get their hands on the phenomenon sweeping the food world: the Cronut.

“I don't like to choose, but if I had to choose one, I would say the DKA. Why? Because it's caramelized, it's crunchy, it's flaky and I've been doing it for a long time now.”

The man behind the frenzy is French-born pastry chef Dominique Ansel, owner of Dominique Ansel Bakery. “I started my career as a chef," he told Kitchen Superstars. "And I did a year in a pastry kitchen just to learn. I really love the scientific part and the artistry part of pastry. I was really attracted to this, that’s why I chose pastry.”

From then there was no turning back. First up was a stint at the luxury Parisian bakery Fauchon. Then it was onward to New York City to work with acclaimed Chef Daniel Boulud, owner of the Michelin-rated eateries Daniel and Cafe Boulud. “I came here about seven years ago. I had a chance to be introduced to Daniel, which I talked to on the phone. Daniel asked me to come for a week here in New York. I did a little tasting for him and he really liked it.” So was the start of a very promising career. But a year and a half ago, Ansel took the risk of opening his own bakery.

“It’s been challenging, exciting and very interesting to own my own business. I’ve learned a lot of things by myself. I’ve been doing everything at the bakery from cleaning the floor, to washing dishes to making pastries, help the customers. And it’s very important for me to just to be here inside the shop every day so see my customers being happy.”

Then, in May he launched the Cronut. The fried flaky pastry -- that’s a cross between a donut and a croissant -- became an instant success.  Soon, early-morning lines started forming outside his bakery with foodies hungry to get a taste.  It was so in demand that the bakery had to put a two-per-customer limit on the Cronut. Ansel has also trademarked the Cronut to protect against copy cats.

“I create new things all of the time, but that was really, really unexpected. We did 50 the first day and the second day we did 75 and it went viral in the night, by the time I knew it, we had over 100 people waiting outside,” he said.

Yet, there’s another pastry that’s been on Ansel’s menu since day one that’s quietly climbing in popularity: the DKA – or Dominique’s Kouign Amann. Ansel says the name is Celtic and describes it as “buttery cake, coming from Britain and France.”

Ansel’s twist on traditional treat has less butter and sugar, but still tastes as delicious. Just one Internet search of the DKA yields dozens of passionate posts about the caramelized flaky croissant.

Which one does Ansel prefer? “I don't like to choose, but if I had to choose one, I would say the DKA. Why? Because it's caramelized, it's crunchy, it's flaky and I've been doing it for a long time now.”

Don’t tell that to mobs of people who have been lining up since 4:30am in the rain to try the Cronut.