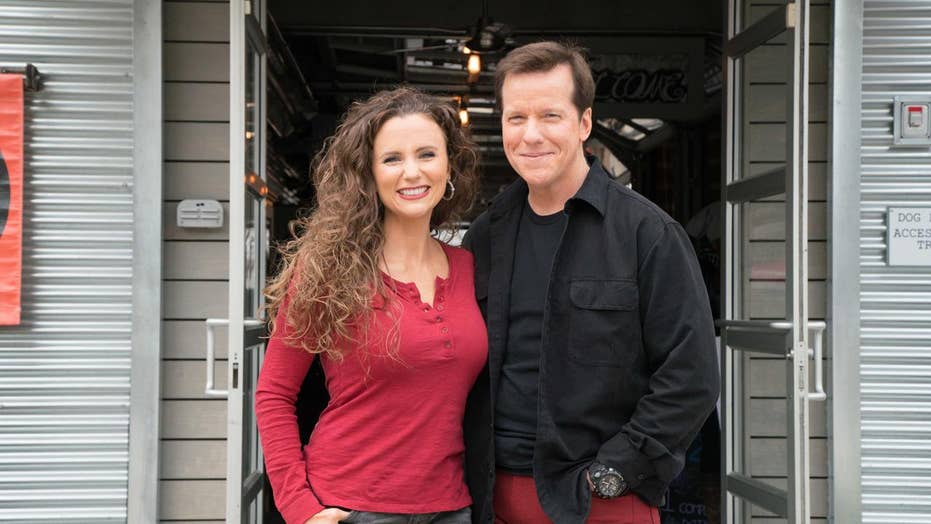 Fox Foodie: Comedian-ventriloquist Jeff Dunham and his food-blogger wife Audrey are traveling the country in search of America's craziest and most gut-busting meals on their new Food Network show 'Incredible Edible America'

When comedian Jeff Dunham isn’t onstage performing one of his outrageous ventriloquist routines featuring beloved characters like Walter and Bubba J, he’s probably chowing down on something delicious.

“Our sons are gonna be spoiled by what they get from the kitchen because their mother cooks every single meal,” said Jeff of his wife, Audrey, a fitness trainer-tuned-healthy food blogger.

But as a busy performer, Jeff is often on the road and doesn’t always get to enjoy Audrey’s home cooking. Recently, the couple decided to take advantage of Jeff’s touring schedule, and their shared love of amazing food, to dive into a new endeavor—a culinary road trip show on Food Network.

“Incredible Edible America with the Dunhams,” which premiered June 5, follows the couple across the country as they try larger than life sundaes, yard-long sandwiches and even some pretty exotic game.

“You ever had a kangaroo? I’m like ‘No, I’m not gonna eat a d--- kangaroo!’” Jeff told Fox News. But after he tried it, he was singing a different tune. “It was one of the most delicious things we had. That was at a restaurant called Canoe in Atlanta and it was unbelievable.”

For Audrey, who loves experimenting with different spices, getting to eat her way across the country is a dream come true and she says she's been inspired by many of the mastermind chefs behind the creative dishes.

“What’s amazing is that these chefs are so creative and so passionate for what they do and so they really want this food to taste incredible,” said Audrey.

She continued, “The chefs we met on this show, they’re really inspiring, for me as somebody who likes to cook. I walked away from many of these places with some great ideas, feeling much braver about some of the recipes I’d be attempting because these guys are just putting their heart and soul into the food and I just loved it.”

On the show, the couple dives into dishes from restaurants and sweet shops in Atlanta, Austin, Dallas, Las Vegas, and Los Angeles, going behind the scenes to spend some real time in professional kitchens. Along the way, they’re joined by some of Jeff’s colorful puppet characters who provide their own insights.

You might think that after spending so much time on the road together, Jeff and Audrey just need to take a break—from each other. Not so, says the fun-loving couple.

“We’re one of those sick couples that are never apart,” Jeff said. Audrey added that at this point, they know each other so well, each person can just sense when the other needs a little space and she’ll get a workout in while Jeff finishes crafting one of his comedy routines.

But even after seven years of touring with Audrey by his side, Jeff says he knows he’s found an incredible partner. Said the comedian, “We laugh going to bed, we wake up laughing and here we are.”