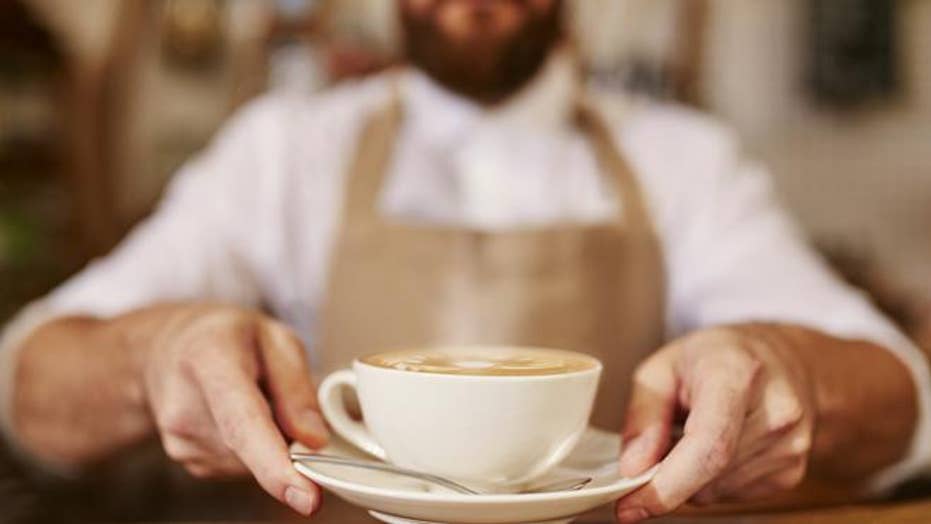 Should Starbucks baristas be forced to make trendy drinks?

Fox Foodie: : Elizabeth Viana and Matt Ginn on the latest Instagram-worthy drink trend, how restaurants will cope during a 'Day Without Women', and a new craft beer themed hotel

Colorful concoctions at Starbucks are the darlings of social media once again.

But baristas (or those who claim to be employees of the coffee chain) have taken to Instagram, Reddit, Twitter and other social media platforms to complain that the drinks are too difficult to make. And some customers are unhappy when the drink they ordered is less than perfectly hued.

Last year, the Internet was abuzz with the chain's secret menu items dubbed the "Pink" and "Purple" drinks. Both drinks are made with fruit syrup, optional fresh fruit and the customers milk of choice.

The former, which incorporates the chain’s Strawberry Acai Refresher with coconut milk, is now being layered with matcha powder and coconut milk to produce a creamy, pink and green cold drink that resembles a psychadelic tie-dye shirt. It's been dubbed the "Matcha Pink Drink."

The new drink isn't a part of the chain's official menu (and some customers have complained it can end up being quite expensive) but it's causing a major divide among those who love it, those who say they hate it and those who don't want to waste time making it.

I think my local #Starbucks missed the memo on the #MatchaPinkDrink being a layered not shaken beverage... 😂 oh well! It's still tasty!! pic.twitter.com/fWGvKtg5B6

Expectation vs reality 😔 @Starbucks please teach your baristas how to make the #matchapinkdrink !!! #starbucks pic.twitter.com/wC5HzL6O4q

A representative for Starbucks told Fox News that the chain keeps a variety of syrups, dairy options, coffee and toppings on hand so customers can get greative customizing their own beverages (the chain estimates over 170,000 combinations are possible).

So can a barista flat out refuse to make you drink? If you know the recipe, the coffee chain says, it shouldn't be an issue.

"If a customer would like to order a beverage that is not listed on our menu boards, we recommend they know the recipe so that their barista can handcraft the beverage perfectly for them," the spokesperson said via email.

"For example, while we don’t offer an official Matcha Pink Drink, the green and pink layered beverage, if a customer would like to order this beverage, the easiest way is to ask for a Strawberry Acai Refreshers with coconutmilk instead of water, and layer it over coconutmilk and matcha."

So if you have some spare change-- and don't mind a major sugar rush or temporarily incensed barista-- go ahead and order that #MatchaPinkDrink.