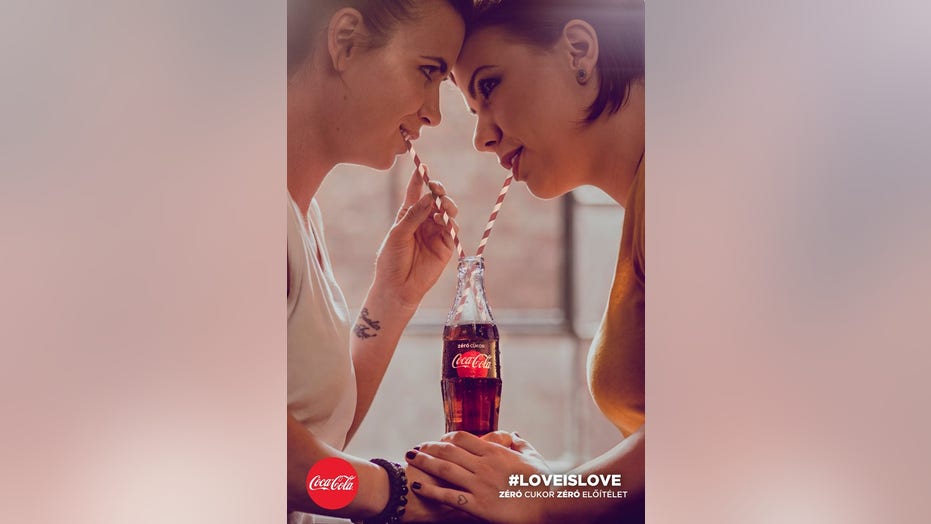 Coca-Cola has responded to backlash over its latest ad campaign in Hungary, which has generated criticism, and even threats of a boycott, from some of the country’s conservative groups.

The campaign, called “Equal Love,” depicts images of same-sex couples sharing a zero-sugar Coca-Cola, along with a hashtag reading “Love Is Love,” and the phrase, “zero sugar, zero prejudice” in Hungarian.

The campaign was also meant to coincide with 2019’s Sziget music and art festival in Budapest, the theme of which is “Love Revolution,” according to Bloomberg.

In the days since the campaign’s debut, Hungarian politician István Boldog, a member of the ruling Fidesz party, called for a boycott of Coca-Cola products until the campaign materials were removed from the country, The Independent reported.

A petition from a pro-life group, to get the billboards removed from Budapest, specifically, has also gathered over 32,000 signatures online, per Bloomberg.

The campaign, called “Equal Love,” depicts images of same-sex couples sharing a zero-sugar Coca-Cola, along with a hashtag reading “Love Is Love,” and the phrase, “zero sugar, zero prejudice” in Hungarian. (Coca-Cola)

Coca-Cola, meanwhile, appears to have no intention of removing or replacing the marketing materials, saying the campaign reflects the company’s position.

“The Coca-Cola Company strives for diversity, inclusion and equality in our business, and we support these rights in society as well.  As a long-standing supporter of the LGBTQI community, we believe everyone has the right to love the person they choose,” the company wrote in a statement obtained by Fox News.

“The campaign currently running in Hungary reflects these values.”

Some of Coke’s supporters have since praised the company’s campaign on the brand’s Facebook page.

Some commenters, on the other hand, appeared to disagree with Coke’s sentiments.

“And this is the moment I move to Pepsi,” one commented.