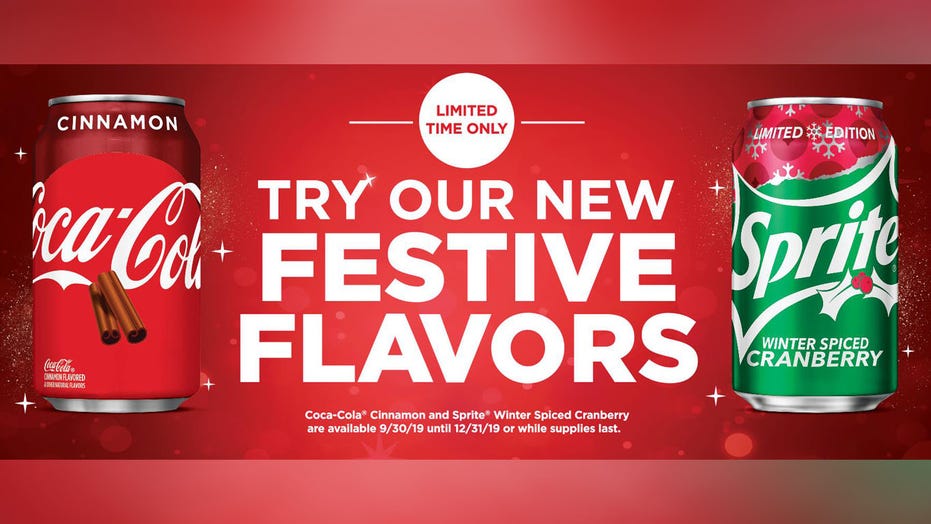 Coca-Cola is going to get festive early this year.

Cinnamon Coca-Cola will help fans ring in the holidays this year. After debuting a version of the flavor for United Kingdom customers, the company is bringing the flavor to the U.S.

Very few details have been revealed, but it’s likely that the flavor will debut in time for the holiday season. While other brands are preparing for the onslaught of pumpkin spice, Coca-Cola is apparently bracing customers for their Christmas offerings.

Coca-Cola has not put out an official press release but they did confirm to Fox News that the new flavor will hit shelves on September 30.

THE AVERAGE 'FOODIE' SPENDS MORE THAN $3,000 ON GOURMET SNACKS EVERY YEAR, STUDY CLAIMS

The Instagram account Candy Hunting revealed the new flavor. According to them, Coca-Cola and cinnamon should make for a good combination because Coke’s flavor leans more towards the brown spice flavoring than other colas.

According to the post, “Confirmed! Cinnamon Coca-Cola will be out this winter in the US! This flavor debuted as a Zero Coke variant in the UK last winter. And a fun fact: Cola is a mix between citrus and brown spice flavors. Coca-Cola leans more toward the spice side and Pepsi leans more toward citrus. Adding extra cinnamon flavor will kick up that brown spice an extra notch.”

Along with the new Coca-Cola flavor, a new Sprite flavor was also revealed: Winter Spiced Cranberry. Unlike Cinnamon Coca-Cola, however, the Sprite cans have “limited-edition” branding on them, meaning this likely won’t be a permanent addition to the soda aisle.