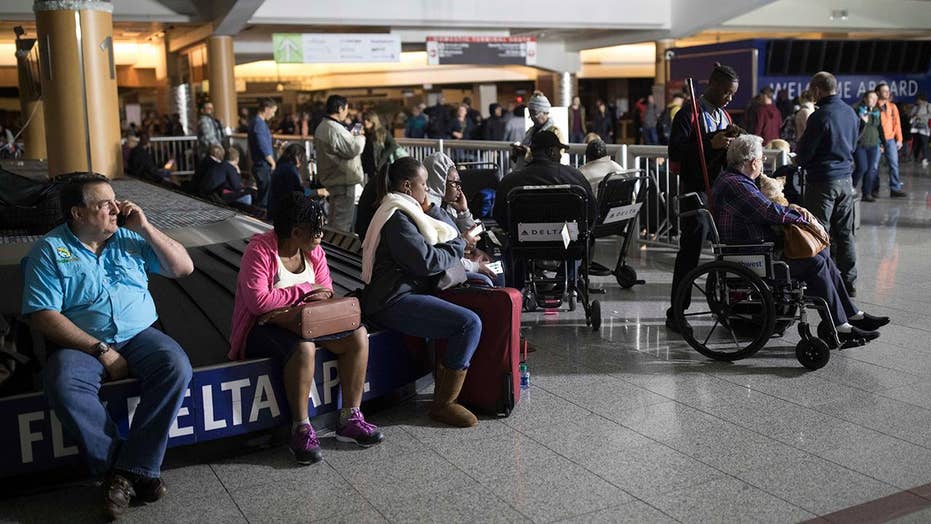 If anything good came out of Sunday’s mass cancellations at Atlanta’s Hartsfield-Jackson airport, it was probably the free Chick-fil-A.

The chicken chain, which is normally closed on Sundays, broke tradition following a power outage that crippled the world’s busiest airport on Dec. 17, and began providing food to stranded travelers both in and outside the airport.

“The mayor called about 10 p.m. and asked for assistance,” a spokesman for Chick-fil-A confirmed in a statement obtained by Fox News. “We immediately mobilized staff and team members who live and work near the airport, and they began making sandwiches and delivering them to the EOC (emergency operations center). City and airport officials then distributed more than 5,000 sandwiches to passengers who were stranded due to the power outage.”

But it wasn’t just airport officials who were delivering food. As seen in a tweet posted by the Hartsfield-Jackson Airport, Chick-fil-A CEO Dan Cathy arrived at the airport to pass out chicken sandwiches alongside airport and city officials.

The local government confirmed that Chick-fil-A meals would also be provided to passengers who were staying at the Georgia International Convention Center, which opened its doors to stranded travelers following the power outage.

Atlanta Mayor Kasim Reed later thanked Chick-fil-A for its assistance, confirming that 2,000 meals had already been handed out to hungry travelers as of 11:30 p.m. on Sunday.

Travelers, meanwhile, were especially grateful for the meal, and fans of the restaurant took to Twitter to commend the chain.

The Associated Press added that Dunkin’ Donuts was also giving away doughnuts to grounded travelers at the Hartsfield-Jackson airport.

SEE IT: CHICK-FIL-A TO OPEN ITS LARGEST AND NARROWEST RESTAURANT IN NYC

Chick-fil-A restaurants are normally closed on Sundays, with the chain explaining that Truett Cathy, the company’s founder and father of CEO Dan Cathy, made the decision so “he and his employees could set aside one day to rest and worship if they so choose.”

The chain is so strict about this rule, that when they announced in August that they would be opening a location at the Atlanta Falcons’ new Mercedes-Benz Stadium, they confirmed that they would not be open on Sundays — which is when the Falcons play most of their games.

Power was restored to the Atlanta airport as of 12 a.m. on Monday morning. The airport says concessions vendors were beginning to resume operations shortly afterward.

The outage was said to be caused by an electrical fire that started in an underground facility and eventually brought down the backup power system, as well.