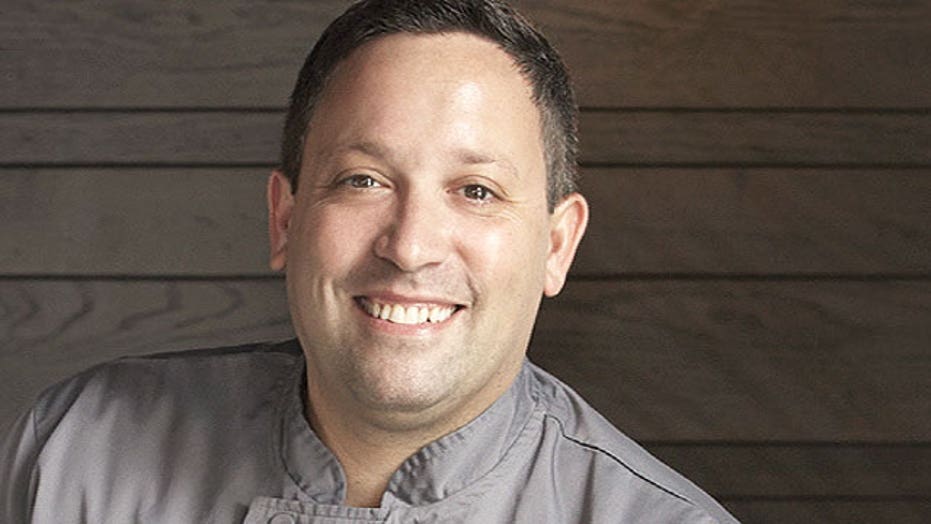 Chef Mike Isabella has been busy since competing on "Top Chef."

Since first shooting to fame on season six of the hit Bravo show,  he now owns and operates three restaurants in Washington, D.C. and one in New Jersey, has written a cookbook based on family recipes, and found time to compete again on "Top Chef All-Stars."

“It's just from knowing food. I go out to eat a lot, I travel a lot, I read a lot, so I'm always doing something to keep me inspired.”

Yet, he says that his passion for food began at an early age. "I started rolling meatballs in the kitchen when I was six years old with my grandmother. It's something that kept me really interested and inspired for making my pastas," says Isabella.

The New Jersey native studied culinary arts at The Restaurant School in New York. After graduating, he worked for various chefs up and down the East Coast, but it was at Kyma in Atlanta as chef de cuisine where Isabella honed his Greek cooking techniques. He finally found his new home in Washington, D.C. working for famed chef, Jose Andres, as the executive chef at Zatinya.

Isabella says he didn't mind the TV cameras when competing on "Top Chef" and was able to mentally push the cameras aside and focus on the timed cooking challenges. “All of a sudden they say here you go here's a bunch of stuff you've got 20 minutes. And it really challenges you to think about the food. Set yourself up to be organized,” says Isabella.

That ability to be organized has helped him launch a growing empire of Mediterranean flavored restaurants. Graffiato is an Italian inspired restaurant with a menu that follows the seasons, yet Isabella keeps the menu fun to stand out from other traditional Italian restaurants in the city. Kapnos (smoke in Greek) is all about the roasted meats from traditional northern Greek cuisine. There’s a roasted goat, pig, and lamb rotating on the spit all day long. Attached to Kapnos is G, a classic Italian sandwich shop.

The connection of these two eating destinations highlights the businessman inside of Isabella. “You know you don't sell the perfect amount of meat every night. So I decided to come up with G to take over all the leftover meat at the end of the night. And that goes over to the sandwich shop.”

This spring, he took that sandwich expertise and opened the 20-seat eatery, G Grab and Go in Edison, N.J.

In 2012, he was named Food and Wine's  Best New Chef Mid-Atlantic winner and was also selected by the State Department to help with diplomacy as part of the American Chef Corps to represent America through culinary relations.  He represented America in meetings with chefs, vendors, and diplomats in Greece and Turkey.

Fans of Isabella’s cooking have a choice to either dine at Kapnos savoring mezze dishes of roasted meat or swing by for lunch to enjoy a goat sandwich or lamb gyro. Isabella’s idea of cost utilizing his carefully roasted meats has turned G into a surprisingly busy sandwich shop.

Yet, staying fresh in the restaurant business and standing in out the crowded D.C. food scene isn't easy.  He credits his success to his team. “I do have a great team all around me. I have chefs at all the restaurants that I work with, and we follow the seasons a lot.”

But he sees new ideas--and being able to make them stick -- as the generator of change.

“It's just from knowing food. I go out to eat a lot, I travel a lot, I read a lot, so I'm always doing something to keep me inspired.”