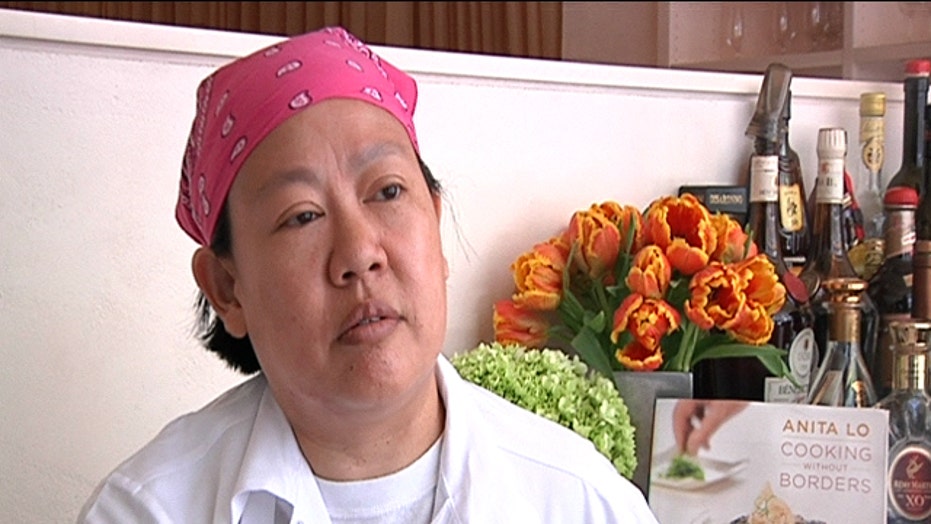 Chef Anita Lo has been named one of the “Best New Chefs in America,” earned a two-star review from the New York Times for her restaurant Annisa, and beaten Mario Batali in an epic Iron Chef America showdown. Not bad for someone who graduated college with a degree in French literature.

Lo caught the travel bug as a child, exploring countries like Iran and China with her family. Her fascination with food began while she was studying French in Paris.

“What do you do with a French lit degree? I’m not quite sure. I guess I was thinking I was going to go work at the UN or something like that. To be honest with you, at that age, I probably wasn’t thinking,” Lo told FoxNews.com’s Kitchen Superstars. “I was in France one summer studying language and I just fell in love with the cuisine.”

From there, Lo went on to study at Ecole Ritz-Escoffier, a culinary institution in Paris. After graduation, she returned to New York and worked her way through some of the city’s best restaurants, including Chanterelle and Mirezi. After a two-year break to travel the world, Lo returned to New York City to open Annisa in 2002, bringing with her the global flavors she discovered during her travels.

“America is a melting pot, especially here in New York. We’ve got all the cultures. We’ve got everything here,” Lo said. “I think the cuisine of America is contemporary American and it brings in influences from all over the world.”

Lo’s food at Annisa quickly garnered praise from patrons and critics alike, and in 2001 Food & Wine magazine named her one of ten “Best New Chefs in America.”

But tragedy struck in June 2009, when a fire destroyed the entire restaurant.

“It took me nine months to reopen it because we had to resign a lease and wait for insurance to come through,” Lo said. “We almost didn’t open.”

But Annisa did reopen, with new menu items but the same restaurant vibe as before. And somehow, amid traveling the world and tending to Annisa, which Lo likens to her 13-year-old “who will never move away from home,” Lo appeared on Top Chef Masters. Lo finished fourth in the entire competition.

“It was amazing,” Lo said. “Being sabotaged in front of lots of people, that’s not always fun. But it was really amazing to be with that caliber of chefs and hearing their stories was really spectacular.”

Going forward, Lo says she plans to continue trying to make Annisa the best it can be, including working with everyone on her team looking for new ideas on how to improve.

“On some level, I think of myself as a foreman,” Lo said. “It doesn’t matter what level you are, sometimes you have ideas that work better for us.”