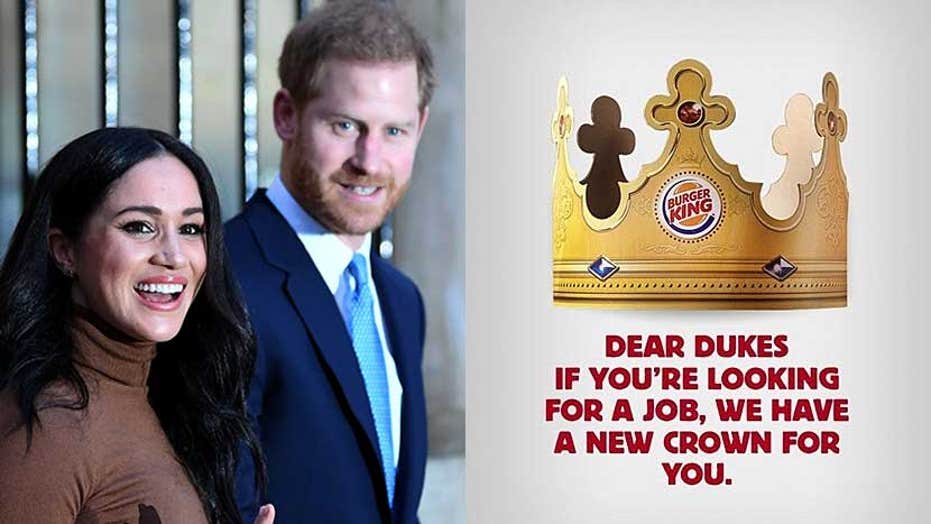 He did say he was working to become “financially independent,” after all.

Burger King branches in both the U.S. and Argentina have jokingly offered to give Prince Harry a position at their restaurants after he and Duchess Meghan announced their intentions to “step back” as senior members of the royal family last week.

However, both Burger King branches stopped just short of outright offering Harry the title of “Burger King,” which, let’s be honest, is probably the only way he’d even consider taking the gig.

Burger King Argentina kicked things off last week with an ad campaign imploring both of the part-time royals to become part-time Burger King team members, too.

“Dear Dukes, you can look for your first job without giving up the crown,” reads the Spanish-language version. Another tells the couple that, “If you’re looking for a job, we have a new crown for you.”

“We found out that the prince and the duchess decided to give up their roles in the royal family and will work to become financially independent,” reads an accompanying open letter. “So, we have a proposition for you: Do as thousands of people and take your first steps in the world of work with us. You know that the crown will suit you perfectly.

“Also, after so many years of living as dukes, it is time for you to start eating like kings.”

Some commenters were quick to praise Burger King for the tweet, with one calling them “savage” for the idea and another declaring that they had “won” the Internet, at least for the day.

Another hinted that Harry wouldn’t be the first royal to take a job at a fast-food restaurant, replying with only a GIF of Prince Akeem working at McDowell’s in the film “Coming to America”

Burger King in Canada, meanwhile, has yet to formally extend Harry or Meghan a position at its Canadian Burger Kingdom, despite that being the most convenient option.