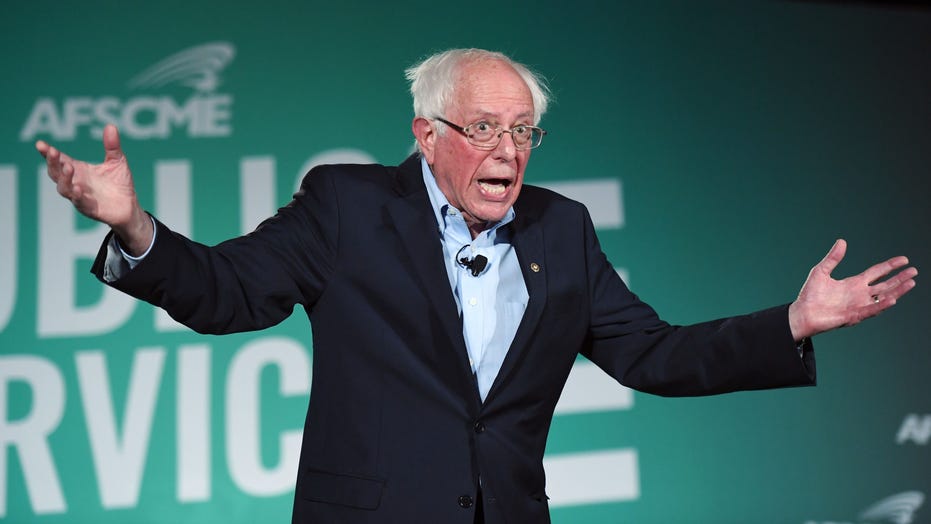 Joe Biden might be leading in the polls, but there’s one area where he’s definitely losing to Bernie Sanders — ice cream flavors.

Ben Cohen, co-founder of Ben & Jerry’s, unveiled a new Bernie-Sanders-inspired flavor of ice cream. While it won’t be an official Ben and Jerry’s flavor, the creamy dessert was created in Ben’s kitchen with the help of Jerry Greenfield (aka Jerry from Ben & Jerry’s).

Being released under the “Ben’s Best” banner, Bernie’s Back is a hot cinnamon ice cream with a large chocolate disc on the top and a stiff butter toffee “backbone” running down the middle. Only 40 pints are being made and fans will have to sign up on Sanders’ website for a chance to win one of the limited items.

Each pint will be signed by Ben Cohen.

According to the website, each aspect of the dish represents part of Sanders’ message. The chocolate disc is a reference to the “wealth that has risen to the top 1%,” while the toffee “backbone” is meant to show Sanders’ “steadfast determination to unrig” the economy. Lastly, the hot cinnamon flavor represents “holding politician’s feet to the fire.”

Ben Cohen announced the flavor on Twitter, writing, “This is just the first in a full line of Bernie flavors. We’re going all the way this time. And when Bernie’s in the White House and I become the Minister of Ice Cream — a pint in every freezer, a sundae in every bowl.”

In another tweet, Cohen compared the cinnamon flavor to an Atomic Fireball.

This isn’t the first time Sanders has been turned into an ice cream flavor. In 2016, Ben’s Best released “Bernie’s Yearnings,” which similarly featured a solid chocolate disc at the top. That time, however, fans were treated to mint ice cream once they broke through.

The release of this ice cream might make Bernie Sanders the tastiest candidate in the field.