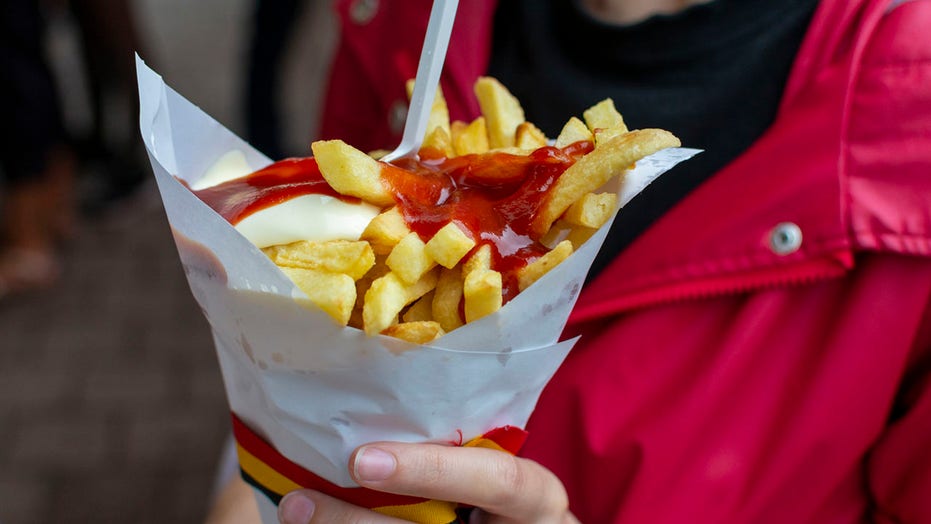 Your country needs you, Belgium.

Belgapom, a trade association for Belgium’s potato industry, is asking the country’s residents to double their tater intake to help make use of a massive potato surplus that has only been building up since restaurants began closing, or limiting service to takeout, due to the coronavirus pandemic.

“Let us all eat French fries twice instead of once a week," said Romain Cools,Belgapom’s secretary general, in a statement obtained by The Telegraph.

Collectively, Belgium’s potato farmers are sitting atop an approximate 826,000-ton surplus of spuds (or 750,000 metric tons), after potato sales began slowing at Belgium’s restaurants and “friteries,” or shops that specialize in Belgium’s famous frites, or twice-fried fries.

The halting of exports to Chinese markets has also contributed to the surplus, the Associated Press said.

Belgapom, a trade association for Belgium’s potato industry, is trying to organize a campaign to urge citizens to eat more frites — or twice-fried fries — to help prevent the loss of a potato surplus. Shops that sell the country's signature treat are currently allowed to remain open for takeaway, but sales have slowed significantly since the start of the coronavirus outbreak. (AP Photo/Francisco Seco)

Cools recently told CNBC that the largest backup was in Belgium’s frozen potato sector, with producers running out of room to store processed, frozen potatoes. Fresh potatoes, on the other hand (which only account for about 25 percent of the country’s output), were still selling well.

“We’re working with supermarkets to see whether we can launch a campaign asking Belgians to do something for the sector by eating fries — especially frozen fries — twice a week during the coronavirus crisis,” Cools told CNBC. “What we are trying to do is to avoid food waste, because every lost potato is a loss.”

Cools added to Fox News that, as of Wednesday morning, Belgapom had reached an agreement with unnamed members of the retail sector to launch a national campaign starting in mid-May.

In the meantime, Belgapom has organized the donation of 25 metric tons (27.5 tons) of potatoes to Belgium’s food banks per week, the Brussels Times reported.

Belgapom is currently organizing the donation of 27.5 tons of surplus potatoes, per week, to local food banks. (iStock)

“In this way, part of the potato stock will still be used and we can avoid seeing excellent food, for which our farmers have worked so hard, being lost,” Flemish agriculture minister Hilde Crevits said, according to the outlet.