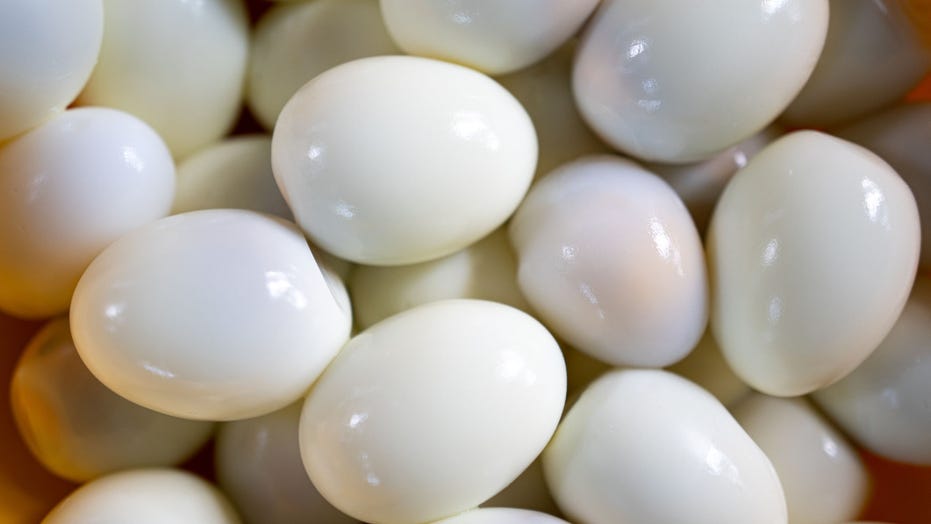 This may not have been an egg-cellent idea.

Social media users had a strong reaction to a recent post that revealed a grocery store chain in the U.K. is apparently selling bags of hard boiled eggs in liquid. While some workers for the supermarket attempted to explain the situation, it didn’t seem to calm nerves.

Twitter user Strumpet recently posted a picture of the bag with the caption, “My local Morrison’s is selling actual sacks of wet eggs. This is the most wretched and cursed item I have ever witnessed.”

Oddly, the picture appears to show that the bag is labeled as containing “5 boiled eggs” even though it clearly contains a significantly higher number.

One Twitter user joked about the confusing label, “Yes, but only 5 of them are boiled, and you have to figure out which ones.”

Another user who said they work for the grocery posted an explanation, writing, “I worked in Morrisons so can confirm that these eggs in a preservative for the salad bar… We didn’t boil the eggs or de-shell them they came like this. Not sure why they’re being sold on shelves maybe they’re about to expire? But not sure why everyone’s freaking out over it.”

In a statement to The Sun, a spokesperson for Morrisons confirmed that these bags of eggs are typically meant to be opened and sold at the salad bar, but that sometimes the company does sell them directly to the customers.

The spokesperson said, “These boiled eggs are prepared for our salad bar. Sometimes, rather than wasting them, we offer them to customers directly."