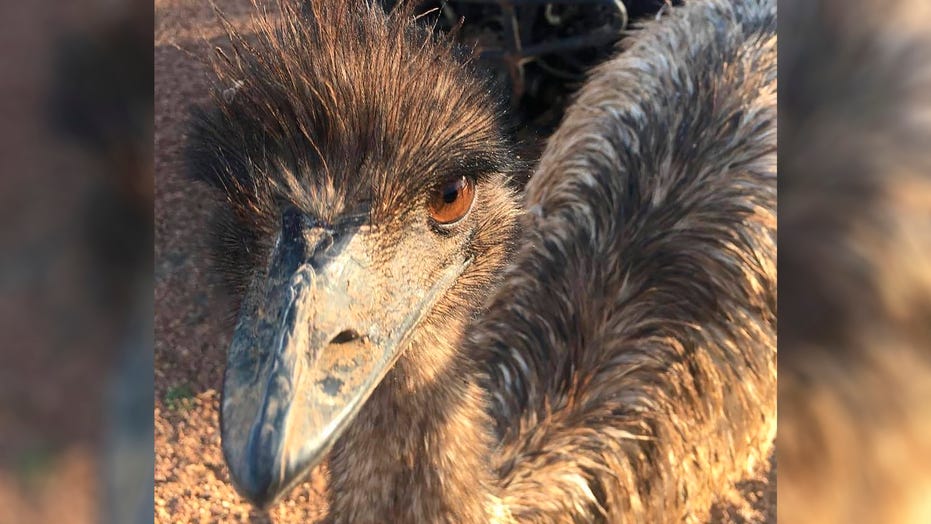 There’s nothing worse than going to a pub for a nice drink, and then having a rowdy emu ruin everyone’s night.

A pair of emus has reportedly been banned from the only pub in a small Australian town after causing multiple disturbances inside the business. Apparently, the animals were caught leaving droppings on the floor and stealing toast from customers.

According to locals, the emus are large animals and stand at just over 6-and-a-half feet tall when standing straight up. (Leanne Byrne via AP)

Two emus in Yaraka in western Queensland, Kevin and Carol, have become a bit of a tourist attraction in the small town, The Guardian reports. Originally part of a group of nine emus whose eggs were hatched in the town, Kevin and Carol are the only two who haven’t wandered away from the area or died.

According to locals, the emus are large animals and stand at just over 6-and-a-half feet tall.

Last week, the pair reportedly began entering the pub in the Yaraka Hotel and things have not been going well. The duo only recently learned how to walk up the front steps of the hotel, the Associated Press reports.

The hotel’s co-owner Gerry Gimblett told The Guardian, “They’ve been stealing things from the guests, especially their food. They’d stick their heads in and pinch toast out of the toaster. But the main reason we’ve banned them is their droppings. They’re enormous, very large and very smelly, and they created great stains.”

In order to keep the animals out, Gimblett reportedly installed a piece of rope across the hotel’s entrances to act as a barrier to keep the emus out of the building. Kevin and Carol reportedly have not yet learned to just duck under the rope, the Associated Press reports.