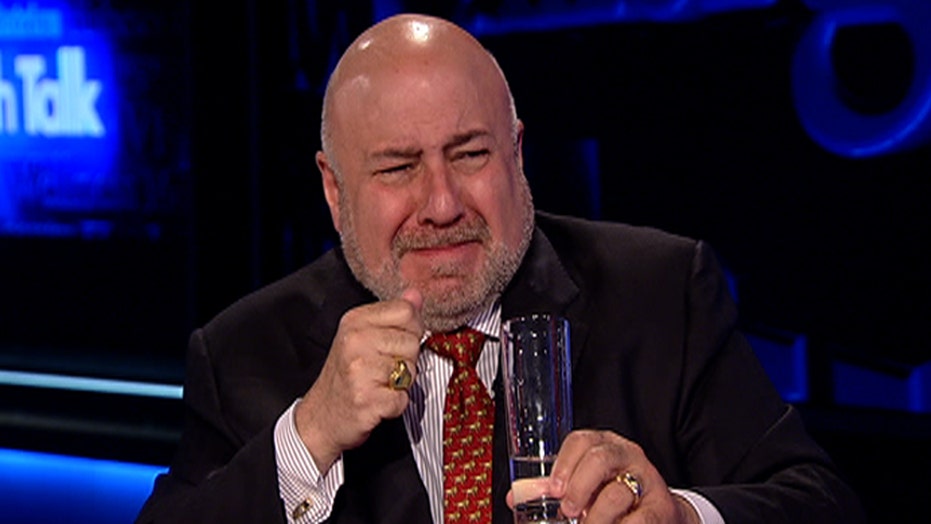 Is cockroach milk the new superfood?

Scientists have found cockroach milk to be more nutritious than any other around. The Medicine Hunter, Chris Kilham brings some for Dr. Manny to try

Milk does a body good. So goes the old, familiar ad slogan for cow's milk, which your parents have told you for years builds strong bones and teeth and boosts your energy.

But what about all the non-dairy milks (or "mylks" if you will), that keep gaining in popularity and shelf space? Ranging from almond- to quinoa-based, from horchata- to chocolate-flavored, they're welcome options for anyone who can't or won't drink dairy and supposedly chock full of nutrients. (They're also a source of controversy over what we should call them. Not "milk," insist some lawmakers and the dairy industry.)

Are these alt-milks all they're cracked up to be? How do they stack up against their dairy equivalent? If you're not making your own, what should you look for when choosing between cartons? We talked to two nutrition experts to sort it out.

What good is milk, anyway?

One 8-ounce cup of lowfat milk has 102 calories, 2 grams fat, 8 grams of protein, and 13 grams of sugars (naturally occurring, not added).

Among other essential nutrients, milk provides nearly a third of the calcium and Vitamin D we should be—but often fall short of—consuming on a daily basis.

Fortified, but with what?

Many non-dairy milks have as much or more calcium than cow's milk, which is good, and they're typically fortified with other vitamins and minerals, which is good in theory.

"The problem is, they often don't use the best-quality supplements or it's not enough or not the right form of it," says registered dietitian Sonya Angelone, a spokeswoman for the Academy of Nutrition and Dietetics.

Take Vitamin D. Vitamin D2 is the form used in most non-dairy milk—you'll see it on the ingredients list on the carton—but it's less effective than Vitamin D3, the active form in our bodies that's also present in dairy, says Angelone.

Some vitamins have a synergistic relationship with other vitamins that might not be in the fortification mix. There's even such a thing as too much calcium. "Higher [calcium] is not necessarily a good thing because the more you get of it at once, the less you absorb," says Angelone.

The takeaway? Make sure what you're buying is indeed fortified, but keep in mind that no milk, plant-based or otherwise, will provide all the nutrients you need.

Where did all the carrageenan go?

To replicate the creamy texture of cow's milk and prevent separation, companies add thickeners and stabilizers such as sunflower lecithin, gellan gum, and carrageenan.

You might notice more brands declaring their products "carrageenan-free." It's worth checking the ingredients list to be sure.

Derived from seaweed and used in all kinds of foods, from deli meat to ice cream, carrageenan has been linked to gastrointestinal problems, which is why companies are increasingly phasing it out. "Some experts say it irritates the gut lining and activates an immune response that dials up inflammation," Angelone says.

"Because this is controversial and inconclusive at this point, it is another reason to de-emphasize one food group as a primary source of nutrition. In other words, use precaution and vary up your diet," says Julieanne Hever, a registered dietitian and author of The Complete Idiot's Guide to Plant-Based Nutrition.

More: How to Buy and Store Milk Like a Pro

Many alt-milks contain added sugars—at least four grams per serving, or about one teaspoon, but often more than that. Flavored varieties can have as many as 16 grams.

Opt for unsweetened, unflavored varieties when you can, and be aware that with many brands, what's labeled "original" still has added sugars. You have to look for the "original unsweetened" option.

Rounding up the non-dairy

Almond. Its flavor and low-calorie count puts it at the top of the popularity heap, but it's nowhere near as nutritious as people might think. "It doesn't have the riboflavin, it doesn't have the protein," says Angelone. "People think it's a way to get nutrition from almonds and it's not. There's only like four almonds per cup of almond milk." Still, if fortified, it's a good source of calcium and Vitamin D.

Soy. The pros: the same amount of protein as dairy milk, omega-3 fatty acids, a creamy texture, and it's linked to better heart health and a lower risk for breast and prostate cancer, says Hever. But soy is a common allergen, and commercial soy milk is often made with genetically modified soy, a good reason to choose organic if possible, says Angelone.

Coconut. Creamy and rich (though not as rich as the canned stuff), its healthy hype is overblown, Hever and Angelone agree. "Coconut milk is high in saturated fat and should not be prioritized or considered a health food. Despite health claims, coconut's type of saturated fatty acids are not much better than the type found in animal products," Hever says.

Rice. A good option for those allergic to dairy, nuts, and soy. Still, it doesn't stand out nutrient-wise other than being high in carbs and not so high in calcium and protein. It tends to be thin and grainy.

Cashew. Its mild flavor and creaminess lend well to cooking and baking, but nutritionally, it's similar to almond milk. In other words, don't expect much. "There are so little nuts in there," Angelone says.

Hemp. A good source of omega-3s fatty acids. Its grainy texture and flavor leave something to be desired. Per the serious taste-tasters at Serious Eats: "It tastes like rope. Gray with unappetizing flecks, hemp milk, like hemp necklaces, should be avoided."

Flax. Another decent source of omega-3s, flax milk, which is made from flaxseed oil, is low in calories and has zero protein. "I get a little nervous with flax because the fat in it is so fragile, so if it's not handled and processed well, it can break down and get rancid very easily," Angelone says.

Quinoa. It's low-calorie, pretty low in sugar, and high in Vitamin E, though Angelone says the latter doesn't mean much, as the synthetic form of it typically used as a supplement isn't well-absorbed by the body.

Pea. This new, pricey entrant in the non-dairy milk aisle, sold under the brand name Ripple (and yes, it's made from yellow peas), has as much protein as soy and cow's milk, making it a good option for those allergic to either. Smooth and thicker than milk, it has a sort of vegetal flavor so the flavored/sweetened options might be more appealing; watch the sugars.

So, which one is best?

The best, most versatile performers in the kitchen tend to be cashew and soy milk, which are on the mildly flavored and creamy side, Hever says.

But there's no one winner nutritionally speaking. It depends on your dietary needs and flavor preferences. Read the labels. The simpler, the better, says Angelone. Fortified is better that not at all.

And remember that plant-based milks—and actual milk, for that matter—are just one part of a varied, healthy diet. "Vary up which types of milks you use and do avoid relying on them as a staple source of nutrition over whole foods," says Hever.