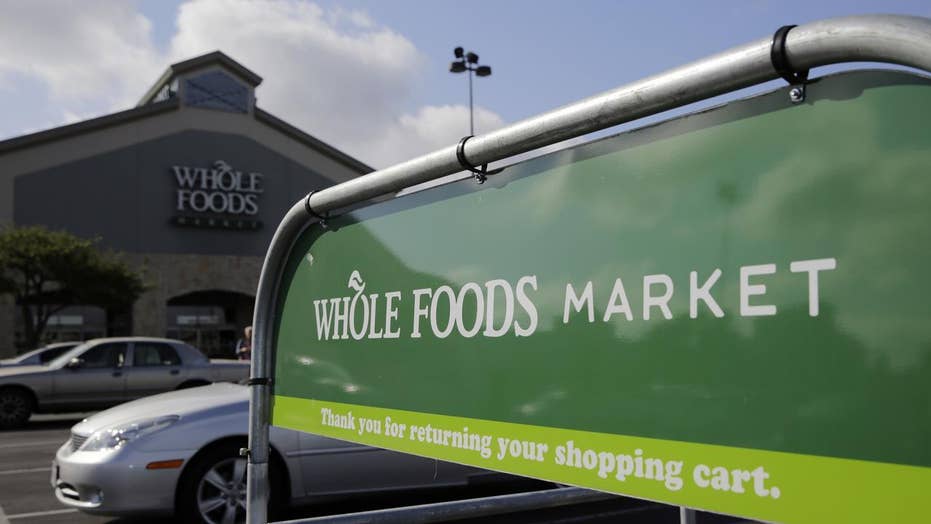 Whole Foods shoppers may think they are paying less for their kale, organic milk, blackberries and bison filets since Amazon bought the pricey grocer more than a year ago — but they really aren’t, according to a new report.

Despite the Amazon hype, prices in Whole Foods’ 490 stores across the country — even after shoppers pony up cash for the Prime discount — come down by just $1.54 on a $400 basket of groceries, according to the report.

Customers could be forgiven for thinking prices have been cut further — as Whole Foods stores are chockablock with signs proclaiming, “Prime members now save even more.”

“A year ago, most people thought Whole Foods’ prices would go down across the board by 15 percent,” said Gordon Haskett analyst Chuck Grom, who has been tracking prices at a Princeton, NJ, Whole Foods since August 2017, right before the Amazon deal closed.

His research found that Amazon Prime members who bought 108 items just before Jeff Bezos’ e-commerce company closed on the deal in 2017 would have spent $409.37.

The prices for the vast majority of the items, ranging from iced tea to flavored waters, breads and muffins, yogurt, produce, meats and snacks and condiments were unchanged from three days before Amazon consumed Whole Foods, Grom wrote.

“I think Amazon was trying to create an impression that they were actively lowering pricing, but they weren’t,” Grom said.

A 10-ounce package of frozen blueberries, for example, cost $3.99 before and after the deal closed while prices for a 16-ounce bottle of Honest Tea at $1.49 and an 8-ounce bar of Kerrygold pure Irish butter were also unchanged.

Just a few days after its mega deal closed Aug. 24, 2017, Amazon began lowering prices on a select group of items, including avocados, bananas, farmed salmon, brown eggs and other staples.

There was a media frenzy around the lowered prices with pundits predicting that Whole Foods could drop its “whole paycheck” nickname since bananas dropped 30 cents a pound to 49 cents, Hass avocados were lowered to $1.49 each from $2.50 a piece and organic large brown eggs cost 30 cents less or $3.99 for a dozen.

“Amazon wanted to make a statement to consumers so that they would understand that they would be getting lower prices at Whole Foods across the board,” said Dan Glickberg of food consultancy Rodeo CPG.

But the reality is that the discounts are selective and geared primarily toward Amazon Prime members.

“Amazon is a master at framing the narrative even when the reality is much different,” said David Bishop, partner in Brick Meets Click, a food and retail consulting firm.