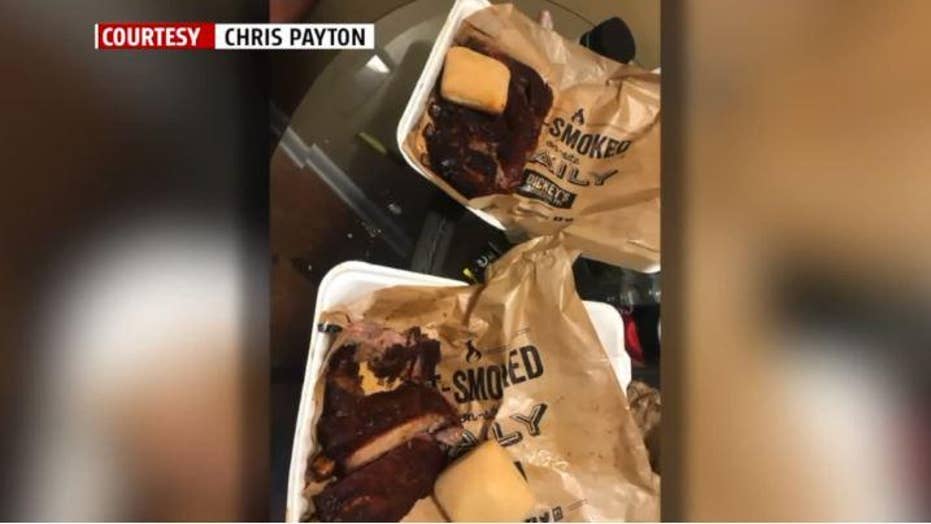 Chris Payton claims he ordered six ribs from a local barbecue restaurant via DoorDash, only to discover the driver had helped herself to two of the ribs and some waffle fries before dropping them off.

More than one in four food delivery drivers have taken a bite out of an order, according to a nausea-inducing new study.

The survey conducted by US Foods revealed this week that 28 percent of food delivery app messengers admitted to nibbling on customers’ food — and even more have been tempted to sneak a bite.

Roughly 54 percent of the delivery people surveyed said they at least considered taking a taste after smelling the order.

“We’re sorry to report that sometimes, impulse gets the best of deliverers, and they violate their sacred duty by taking some of the food!” said the researchers, who surveyed 497 drivers from apps such as UberEats, Grubhub, DoorDash and Postmates.

The survey conducted by US Foods revealed this week that 28 percent of food delivery app messengers admitted to nibbling on customers’ food. (iStock)

The same study found that 21 percent of customers had suspected a driver of munching on their order — but the gross confession from the drivers will still likely leave them peeved.

When asked how upset they would be about a driver grabbing a few fries, customers reported they’d rate their dissatisfaction at 8.4 on a scale of 1 being “no big deal” and 10 as “absolutely unacceptable.”

The study found that 85 percent of customers want to see tamper-evident labels on the food to discourage delivery drivers from tasting their chow before it reaches their door.

Roughly 54 percent of the delivery people surveyed said they at least considered taking a taste after smelling the order, the Post reports. (iStock)

In the survey, delivery drivers also complained that customers engaged in some bad behavior.

“Of the nearly 500 deliverers we surveyed, topping the list is weak tips, food not being ready at the restaurant, and lack of communication with customers,” researchers said. 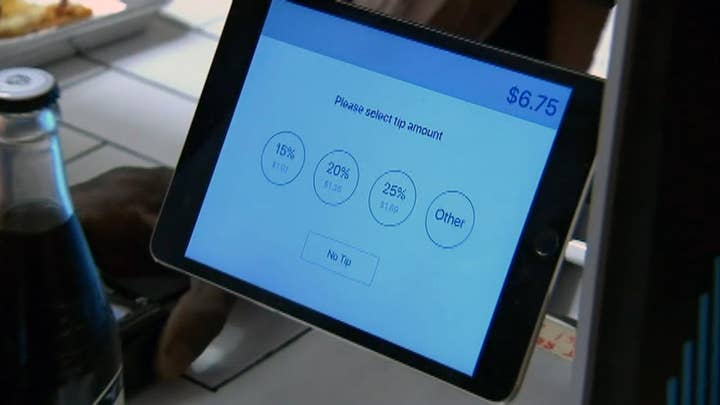 At least 60 percent said they’d received a bad tip if they got one at all.

More than a third of messengers reported that customers don’t answer their phone or leave unclear instructions when placing orders, the study found.

Researchers said they conducted the nationwide study over a three-day period in May to help restaurants and delivery services better navigate the rapidly growing industry.

“By learning more about what consumers crave in their off-premise dining experiences, restaurant owners and operators can better cater to their customers’ needs while making smarter business decisions,” researchers said.