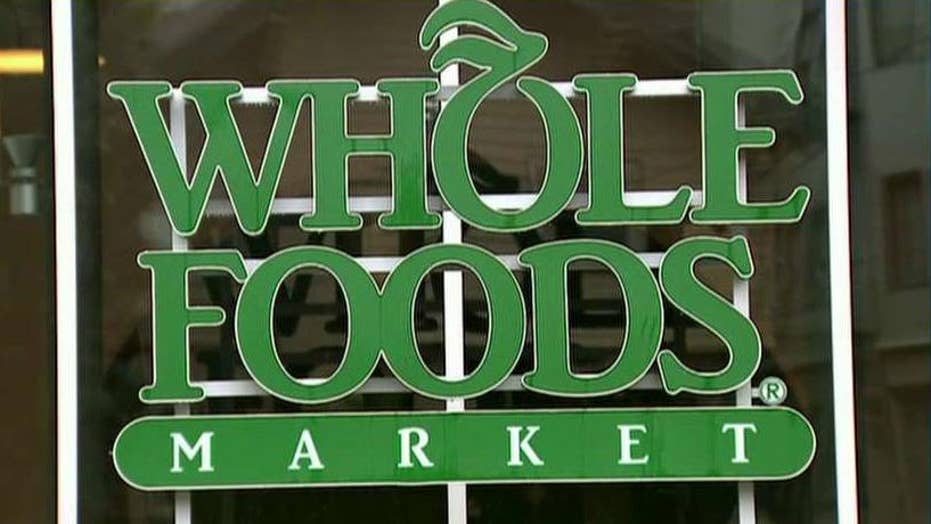 A former and a current employee at a Washington, D.C.-area Whole Foods have filed a federal class-action lawsuit against the grocery chain, alleging the store cheated workers out of their hard-earned bonuses.

The lawsuit, filed Tuesday in the U.S. District Court for the District of Columbia, claims the organic and gourmet food purveyor “engaged in a nationwide scheme to strip hard-working employees of earned bonuses in order to maximize their own profit,” court records show.

The plaintiffs are seeking $200 million in punitive damages, among other relief. One plaintiff, Michael Molock, has worked at Whole Foods since 2012 and makes up to $13 per hour; the other plaintiff, Randal Kuczor, worked at the chain from 2003 to 2015 and made up to $20.85 per hour.

7 AWESOME HOLIDAY GIFTS YOU CAN FIND AT WHOLE FOODS

The suit alleges executives were aware of the schemes, and no less than 20,000 current and former employees were cheated out of bonuses as a result.

“I’ve seen what these people have gone through for 13 years — they’ve poured their heart and soul into their jobs for most part,” Kuczor, who was laid off last November told the Washington Post. “It’s sad and disappointing that, having worked there for so long, they are victims of corporate greed.”

This suit comes on the heels of the store firing nine store managers in the mid-Atlantic region in Decemeber, claiming they manipulated the chain’s bonus program for their benefit.

At the center of the firings, and the lawsuit, is the company’s “gainsharing” program, which gives bonuses to employees whose departments come in under budget.

Under the program, the lawsuit claims, workers of eligible departments can to share in overages. But the plaintiffs claim that Whole Foods avoided pay outs by shifting labor costs to other departments. The chain also created “fast teams” — employees that “float from one department to another” and “shifted labor costs among departments without properly accounting for it,” court records show.

In a statement sent to the Post, Whole Foods spokeswoman Brooke Buchanan said, “We are still in the process of investigating the issues raised in the recently filed lawsuit and, as we do with any allegations affecting our Team Members and customers, we will continue to conduct a thorough inquiry.”

She added that, “Once our investigation is complete we will take all necessary steps to correct any errors we identify.”

A representative for Whole Foods was not immediately available for comment.