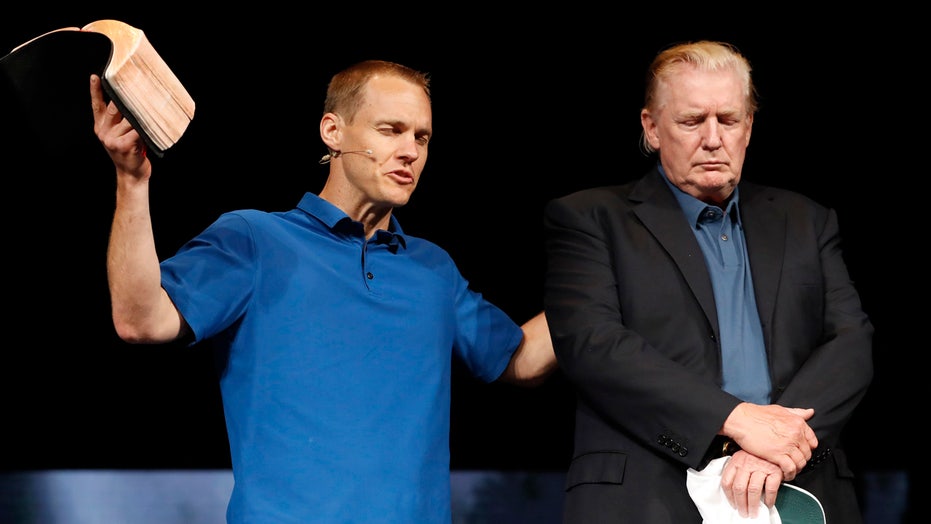 Speculation abounded Sunday after President Trump was photographed with what appeared to be a new hairstyle during a surprise visit Sunday to a Virginia church.

The Northern Virginia pastor who prayed for President Trump on stage after an unscheduled visit Sunday explained why he did so, acknowledging "some within our church...are hurt that I made this decision."

David Platt, McLean Bible Church pastor, told his congregation, in a statement, that his "aim was in no way to endorse the president, his policies, or his party, but to obey God’s command to pray for our president and other leaders" as mentioned in the Bible.

While the megachurch was not one of the churches that joined Rev. Franklin Graham's "Special Day of Prayer" for Trump, Platt acknowledged it from the platform, adding "we don't want to do that just on this Sunday, we want to do that continually, day in and day out."

Platt read the same portion of Scripture, 1 Timothy 2:1-6, that Graham shared which specifically calls believers to pray those "in high positions," before he prayed for two and a half minutes, for "wisdom" for the president and for leaders across the nation, explaining to his members "it is good, and pleasing in the sight of God, to pray for the president."

The former president of the Southern Baptist Convention's International Mission Board, who has said churches should focus on Jesus Christ and not nationalism, said: "So, in that moment, I decided to take this unique opportunity for us as a church to pray over him together."

"For a variety of valid reasons," the pastor explained, some were hurt by Platt's decision, which "weighs heavy on my heart."

Platt did not apologize for praying for Trump -- as some outlets originally reported -- but tried to clarify for his congregation why he did so. 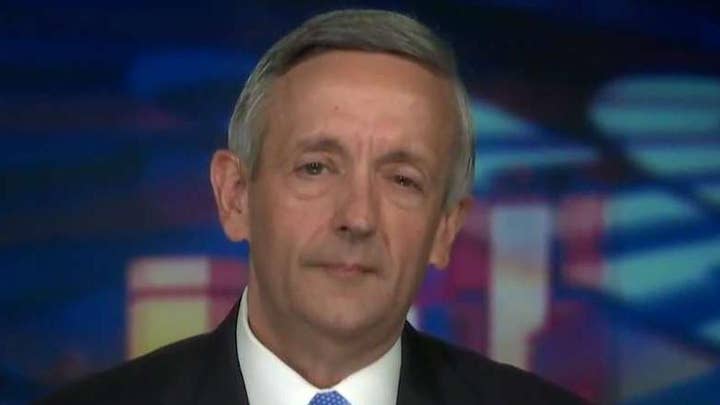 "I love every member of this church, and I only want to lead us with God’s Word in a way that transcends political party and position, heals the hurts of racial division and injustice, and honors every man and woman made in the image of God. So while I am thankful that we had an opportunity to obey 1 Timothy 2 in a unique way today, I don’t want to purposely ever do anything that undermines the unity we have in Christ."

Platt concluded with the gospel, which he prayed over Trump: "In the end, would you pray with me for gospel seed that was sown today to bear fruit in the president’s heart?"

The White House said Trump stopped at the church to visit with the pastor and pray for the victims of Friday's deadly mass shooting in Virginia Beach.

On Saturday, Trump retweeted Graham's message about the day of prayer with: "We will all stick together and WIN! Thank you Franklin."