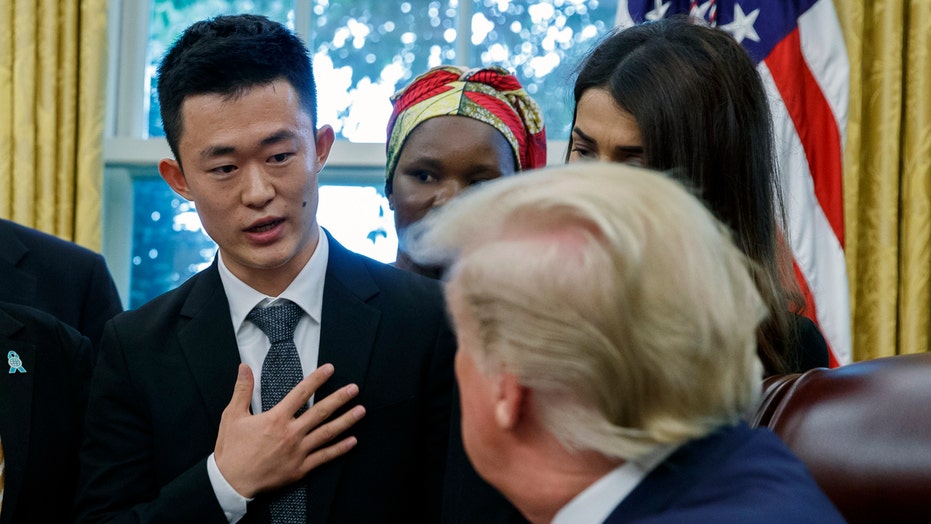 President Trump hears the stories of people persecuted for their religion

The president holds meeting with victims of religious persecution at the White House.

President Trump told a North Korean defector he would bring up religious persecution in his ongoing talks with the Communist regime, which outlaws Christianity.

After Trump became the first sitting president to step foot in North Korea last month, many human rights groups have advocated for future talks to include human rights abuses committed by dictator Kim Jong Un, something absent from previous talks.

Ilyong Ju, a Christian from The Hermit Kingdom who was one of 27 survivors of religious persecution invited to the Oval Office at the White House to meet with Trump during last week's Ministerial to Advance Religious Freedom, shared his family's story. 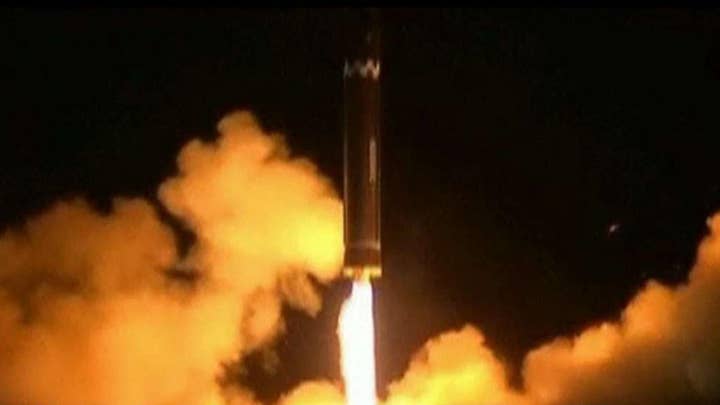 "My aunt, all of my aunt's family...are in political prison camp now...just because my aunt's father-in-law was a Christian," Ju, a Liberty in North Korea (LiNK) Advocacy Fellow, shared, "and my cousin's whole family were executed because of their sharing gospel."

Trump shook his head and mouthed what appeared to be "awful."

"So those kind of things are happening in North Korea," Ju concluded.

Ilyong Ju talks with President Trump from 14:44 to 15:48 in the White House video below.