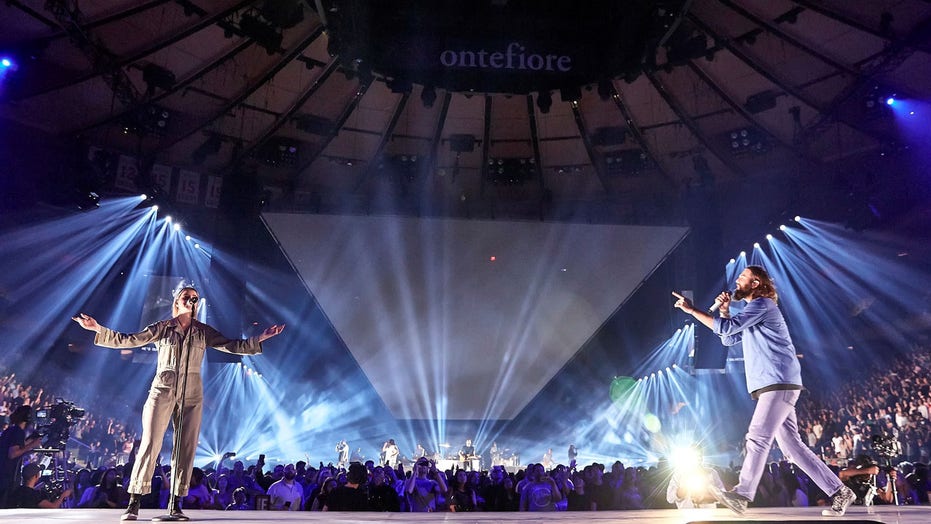 Every week, millions of Christians sing praise and worship songs together, but what songs do individuals listen to the most?

Spotify, the top music streaming service named by Business Insider, released the most streamed Christian songs over the last year to Fox News.

CINCINNATI CHURCH WIPES OUT $46.5 MILLION IN MEDICAL DEBT FOR 45,000 FAMILIES

Lauren Daigle's hit song "You Say," which broke the record for time spent at No. 1 on Billboard's Hot Christian Songs chart with 73 weeks in a row now, was also the top streamed song.

The second most streamed song is "Reckless Love" by Cory Asbury, about God's fatherly love for his children, a song he wrote after becoming a dad.

The Michigan native and Bethel Music Collective singer told Fox News last year, "No matter what you’re dealing with...you are never too far gone. His love will always be the way back home."

Hillsong UNITED, a leader in contemporary Christian worship music, along with Hillsong Worship, both out of the global church started in Australia, landed several spots in the top 10.

"Oceans (Where Feet May Fail)," which debuted in 2013, was the third most streamed Christian song.

Hillsong Worship's "Who You Say I Am" lands at No. 7, as the band is set to embark on a 28-city tour in the United States beginning in May.

“We have been humbled by the way God has been using the songs of our new studio album 'Awake' across His church and in the lives of individuals in the short time it has been out," Brooke Ligertwood, the singer-songwriter who leads Hillsong Worship, told Fox News.

North Carolina-based Elevation Worship has the No. 4 spot with "O Come to the Altar (Live)" and its song from 2016 "Do It Again" lands at No. 9.