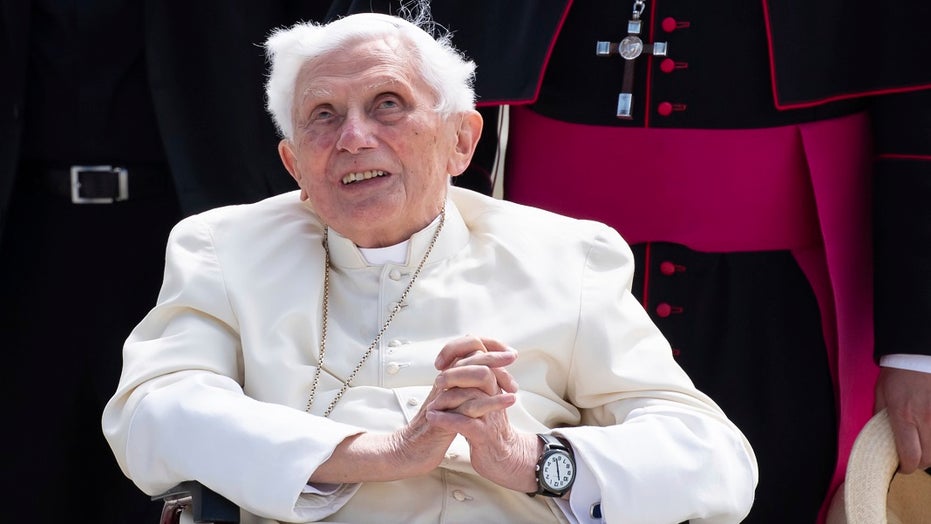 Emeritus Pope Benedict XVI returned to the Vatican Monday after a five-day trip to Germany to visit his ailing older brother, the Vatican said.

Benedict flew from Munich to Rome aboard an Italian air force plane. The 93-year-old retired pontiff, a Bavarian native, returned to his home in the Vatican gardens, Vatican spokesman Matteo Bruni said.

It was his first trip outside Italy in over seven years.

He arrived in Germany on Thursday to visit his 96-year-old brother, Rev. Georg Ratzinger. The pair are close and were ordained priests on the same day: July 29, 1951. Benedict also visited old neighbors and his parents' grave at the Ziegetsdorf cemetery.

He prayed at their tombs and blessed their graves with holy water, the Vatican said. He also visited his old home in Pentling, which now serves as the headquarters of the Benedict XVI Institute, which preserves his theological heritage.

Regensburg Bishop Rudolf Voderholzers said Germans saw Benedict in all his frailty during the brief visit, saying it was clear the retired pope was himself “near his end.”

“He speaks in a low, almost whispering voice, and he visibly has trouble articulating," Voderholzers said. "But his thoughts are fully clear; his memory and his powers of deduction are phenomenal.”

Emeritus Pope Benedict XVI, center, is taken out of an ambulance as he arrives for his departure at Munich Airport in Freising, Germany on Monday. Benedict is returning to the Vatican after a four-day visit to Germany to visit his ailing elder brother. (Sven Hoppe/dpa via AP)

Benedict stunned the world when he resigned from the papancy in 2013, becoming the first pope in 600 years to step down. At the time, he said he no longer had the strength to carry out his papal duties.

He was succeeded by Pope Francis and has lived on a monastery on the Vatican grounds since.