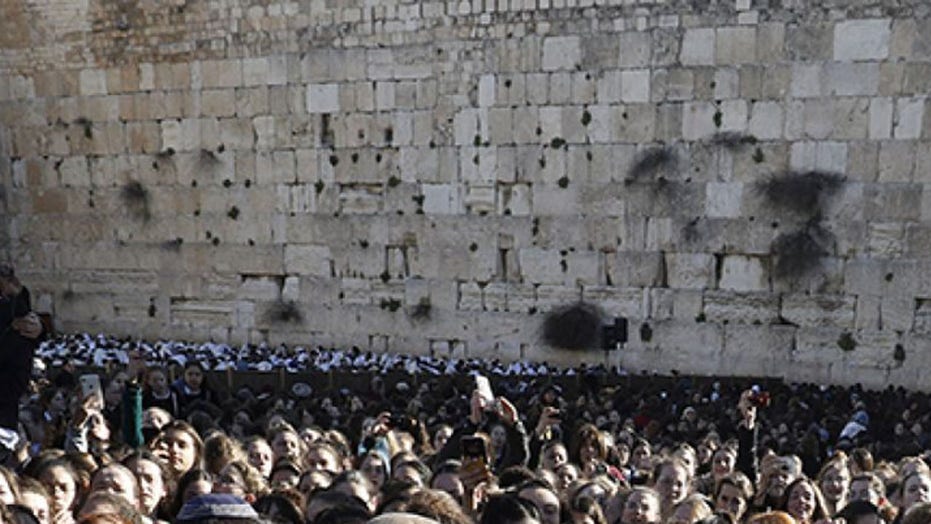 Israeli Holocaust survivor, Shoshana Ovitz, 104, had one wish to celebrate her birthday this year. And her family came through in a big way.

Her wish was for "all my children, grandchildren and descendants to come together to the Western Wall," according to Israeli news outlets, so she could look at each one of them and pray for them at the holy site.

Ovitz survived the Auschwitz concentration camp 74 years ago, and met her husband, Dov, who lost his wife and four daughters in the Holocaust. The couple searched for surviving relatives in Austria before settling in Haifa, where they had two daughters and two sons, according to what a relative told Israeli journalist Sivan Rahav Meir.

Ovitz' family did its best to make her dream a reality.

"We do not have an exact number, but there are probably 400 grandchildren and descendants," Panini Friedman told Walla.

Ovitz prayed that her family members would get "everything they need."

"Only in the middle," the oldest granddaughter who traveled from Belgium added, "did we realize the size of the event. Everyone was there with tears in their eyes."

The Auschwitz Museum called it a "moving image" on Twitter.

"This is the triumph of life over death, and good over evil," wrote the New York Post Editorial Board.