The United States put man on the moon and Israel wants to land the Bible there.

Israeli Prime Minister Benjamin Netanyahu promised to bring the Holy Book on the next moon landing mission last week during remarks to the International Bible Quiz for Youth, which is held every year on Independence Day in the Jewish State.

Their first spacecraft, called "Beresheet," the Hebrew word for "Genesis," crashed on the lunar surface on April 11 due to complications from a gyroscope failure.

There was a digital copy of the Bible on board but the Israeli leader vowed that was not enough, quoting Scripture to the Bible brainiacs. 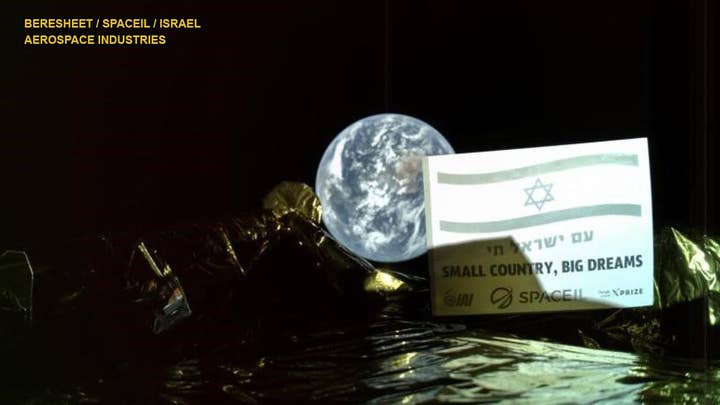 "We’re going to send the spacecraft again, and it’s very likely it will be carrying a small [printed] Bible," Netanyahu said, according to The Times of Israel. "I want the Bible to land on the moon, because it is written [in Psalms 8:4], ‘When I behold Your heavens, the work of Your fingers, the moon and the stars which You have established.’ The State of Israel will reach the moon.”

The nation -- whose homeland, namesake, and borders are outlined in the Bible -- hopes to be the fourth country behind the United States, China, and Russia to land on the moon.

“How do we do it?” Netanyahu asked. “We do it through initiative, determination and daring — given to us by our spirit. And our spirit comes from the Bible. That’s not just words. That spirit comes from the Bible, because there’s no meaning to the enormous journey we have made to return to our land, to our birthplace, if we had not carried with us our faith, our tradition and our yearning for the homeland.”

The non-profit SpaceIL and state-owned Israel Aerospace Industries, who made the first launch, have already announced they plan to voyage a Beresheet 2.

“We started something and we need to finish it," SpaceIL chairman Morris Kahn said. "We’ll put our flag on the moon.”