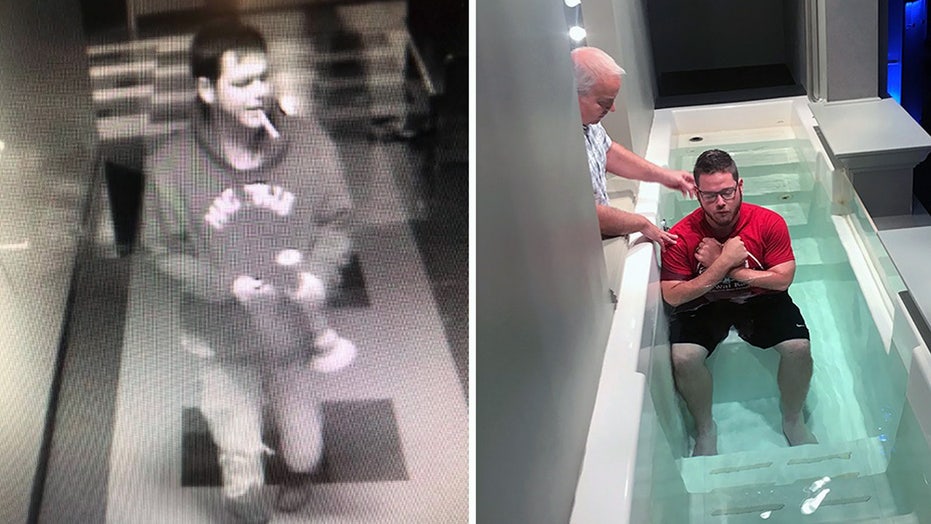 Feel-good stories from this week you don't want to miss

Feel-good stories from the week of Oct. 5 - Oct. 11. Check out what’s clicking on Foxnews.com.

A homeless man high on drugs didn't just hear good news, he lived it out, recalling after his dramatic transformation in an Arkansas church, "God is real."

In February, the Conway Police Department was searching for Brenton Winn, 23, after he broke into Central Baptist Church, angry at God, high on meth, and unsure of what happened in the dead of night when he destroyed $100,000 worth of church property, including laptops, cameras, and other electronics.

Months later, however, he walked in the light of day, standing in the church's baptismal pool publicly declaring his allegiance to Christ in the same church, given a second chance at life.

"As I'm starting to understand how God works, I've realized I didn't pick the church that night. God picked me," Winn told the Baptist Press. "If it had been any other church, I think I'd be sitting in prison right now."

Don Chandler, the senior pastor of Central Baptist, appealed to the judge in Winn's case to show mercy over judgment.

"You can't preach something for 50 years without practicing it, especially in front of your whole church," Chandler told the Baptist Press. "Had we not shown some grace to him, everything we've talked about and encouraged, would have gone by the wayside. It was simply the right thing to do. This was not a hardened criminal. This was a young man who had made some mistakes...he was redeemable."

The judge agreed to give Winn the option of potentially facing 20 years of incarceration or go to Renewal Ranch, a faith-based residential recovery program connected to the church.

He chose Renewal Ranch, a 12-month program broken up in two phases.

It was during one of the Wednesday night Bible studies that Winn gave his life to Christ and was baptized.

"I used to think it was a coincidence [that I chose to break into the church that night], but now I call it confirmation that God is real, and He answers prayers," Winn told BP. "What was weighing on my heart was that I needed a relationship with Jesus Christ."

Once he finishes the program, he will likely spend a few years on probation, but one thing is sure. He is a new man with a second chance at life.