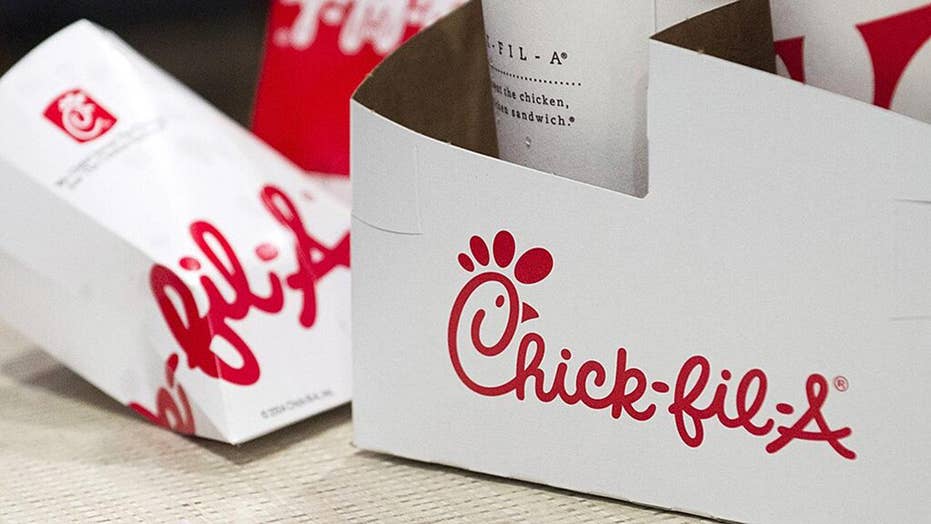 The Texas Legislature has advanced a bill to prevent the government from penalizing businesses for exercising their religious rights.

"The Department of Transportation has received complaints alleging discrimination by two airport operators against a private company due to the expression of the owner’s religious beliefs," the agency said in a statement provided to Fox News.

According to the agency, federally funded airports cannot discriminate on the basis of religion. "The FAA notes that federal requirements prohibit airport operators from excluding persons on the basis of religious creed from participating in airport activities that receive or benefit from FAA grant funding," it said.

Chick-fil-a has faced nationwide backlash over its decision to direct charitable contributions towards organizations opposing same-sex unions -- prompting public officials and others to denounce the popular fast-food chain, which has been accused of harboring anti-LGBT views.

BANNING CHICK-FIL-A IS NOT ONLY BIGOTED -- IT'S ILLEGAL

When San Antonio's city council narrowly rejected the inclusion of Chick-fil-a at its airport, it cited the restaurant's “legacy of anti-LGBTQ behavior." Buffalo Niagara International similarly excluded Chick-fil-a amid pressure from a Democratic lawmaker who called the business an "anti-LGBTQ corporation."

First Liberty, a law firm that fights for religious freedom, sent Transportation Secretary Elaine Chao a complaint about the issue in March -- accusing San Antonio of blatant discrimination that disqualified it from receiving federal grants.

"Federal taxpayers should not be required to subsidize religious bigotry," the firm said in reference to San Antonio's decision.

On Friday, First Liberty Associate Counsel Keisha Russell blasted San Antonio for engaging in "blatant, illegal, religious discrimination." “We are pleased that the FAA responded to our request by opening an investigation into San Antonio for its blatant, illegal religious discrimination against Chick-fil-A," Russell said in a statement provided to Fox News.

"First Liberty also launched our own investigation into the City’s actions and we vow to get to the bottom of San Antonio’s decision.  American business owners should not have to suffer because they want to operate their businesses in accordance with their religious beliefs.  Few things are more un-American than government hostility against religion.”

Texas' legislature has passed a "Save Chick-fil-a" bill pushing back against the City Council's decision.

"The bill as filed ensures religious beliefs are protected from discrimination. It's about the First Amendment and freedom of speech, freedom of religion — those uniquely American rights," the bill's author said. Texas Gov. Greg Abbott is expected to sign the legislation.

Chick-fil-a responded on Friday, saying it wasn't involved with the investigation and didn't hold any particular social or political stance.

“Chick-fil-A is not involved in this investigation. Recent coverage about our company continues to drive an inaccurate narrative about who we are. We are a restaurant company focused on food and hospitality for all, and we have no social or political stance," the company said in a statement to Fox News.

"We are grateful for all our customers and are glad to serve them at any time. We welcome and embrace all people, regardless of religion, race, gender, ethnicity, sexual orientation or gender identity.”