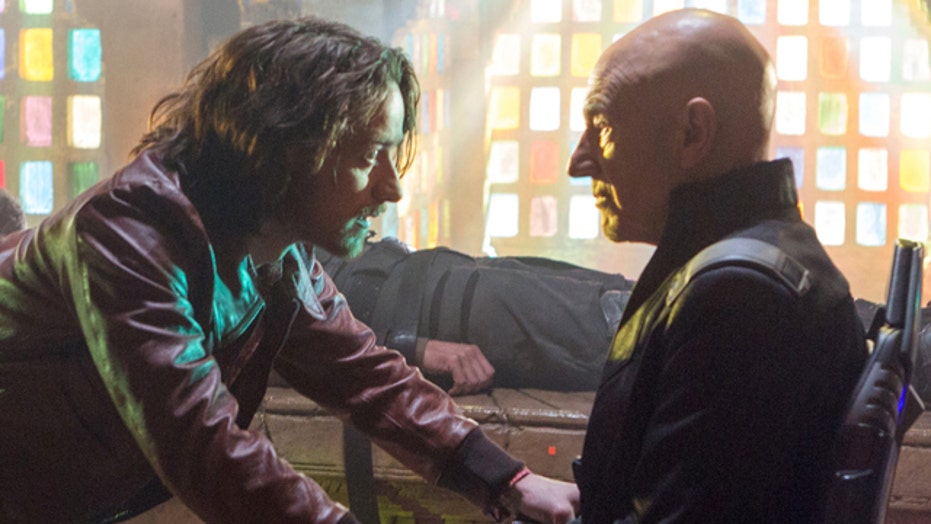 The best 'X-Men' movie yet?

Ashley Dvorkin and Fox 411 movie reviewer Justin Craig go back to the future with Bryan Singer's latest 'X-Men: Days of Future Past'

NEW YORK – Hugh Jackman Marty McFlies back to the future in Bryan Singer’s impressive “X-Men: Days of Future Past.” A hybrid sequel to “X-Men 2” and “X-Men: First Class," “Days of Future Past” is not only the weightiest of the “X-Men films”, it’s also remarkable in its attempt to compile a massive cast of A-listers.

At some point in an apocalyptic not-too-distant future, mutants are hunted and killed by Sentinels, robots impervious to all mutant powers. In order to save the mutants from extinction, Professor Xavier (Patrick Stewart) and Magneto (Ian McKellen) (buddies at last), as well as a band of straggler X-Men on the lam, send Wolverine (Jackman) back to the 1970s to stop Mystique (Jennifer Lawrence) from assassinating weapons developer Bolivar Trask (Peter Dinklage), the bigoted scientist who created the Sentinels for mutant population control.  In order for the mission to succeed, Wolverine must convince young Xavier (James McAvoy) and Erik (Michael Fassbender) to work together to save their species. Fun ensues.

By now Bryan Singer is a pro within the supes genre and he again does a fine job putting character before plot. Simon Kinberg’s script is tight with decent character development, suspense and enough humor to make this the most satisfying “X-Men” film to date.

Singer captures the 1970s with a blend of pastiche through classic “oldies” tunes and mock television news footage, but the film’s strength comes from the parallels between the country’s boiling frustration and lack of control in Vietnam and a fear of the mysterious mutant species. While still superficial, Singer does succeed at mining those psychological layers that are most often found in the comics themselves and not so much in the movie adaptations.

“Days of Future Past” features an enormous cast and a breadth of impressive talent, all of which keeps this film satisfying and on point. While Patrick Stewart and Ian McKellen are always delightful, their bookend appearances aren’t enough to provide any wow-factor.  James McAvoy and Michael Fassbender as the young Charles and Erik, though, are especially compelling, just as they were in “First Class.” The volatile relationship between the two is quite possibly the most entertaining of all of the Marvel films.

This film’s biggest surprise is its biggest disappointment: Jennifer Lawrence. As Mystique, she comes across as bored and indifferent. Perhaps the luster of her Oscar has distracted her attention to weightier roles rather than this lofty blue shape-shifter. Mystique is an essential character in this film and, disappointingly, Lawrence just doesn’t seem interested.

This is a more temperate action film than recent superhero adventures, with a few standout action set-pieces, especially one with Quicksilver (Evan Peters) breaking Magneto out of the Pentagon, but the majority of the film is molded around intrigue rather than massive CGI-laden sequences, which have been substituted with an entertaining game of cat-and-mouse between Xavier and Erik.

That said, the special effects are impressive but seeing the 3D version doesn't add all that much. Also, special note goes to John Ottman pulling double duty as both the film’s editor and composer, who sonically and visually thrusts the film along at breakneck speed.

With Singer back at the helm and a marvelous cast to boot, “X-Men: Days of Future Past” is the best in the franchise and possibly the best superhero film yet this year.