BEVERLY HILLS, Calif. – Celebrities are remembering Whitney Houston at Clive Davis' annual pre-Grammy gala -- an event she had been expected to attend.

The singer was found dead Saturday at the Beverly Hilton Hotel, the same place where stars like Alicia Keys had been prepping for the festive gala.

Despite the death, the event went on as planned. Stars including Dr. Dre, Adam Lambert, Serena Williams and Kim Kardashian were in attendance.

India.Arie says Houston "set the standard for what it is to be a great female artist."

Producer Jimmy Jam says her death was a "bittersweet irony" given that Davis introduced Houston to the world at the event more than two decades ago.

Jam says it "may be appropriate we're saying our first goodbyes to Whitney at a Clive Davis event." 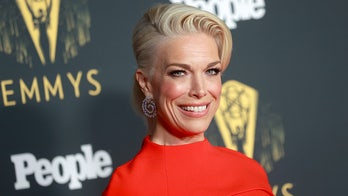