Last week, Fox411.com's Pop Tarts column was the first to bring you Alicia Silverstone's video on her vegan health blog TheKindLife.com that showed her pre-chewing and spitting food into her young son’s mouth.

We apologize. But now we can't stop.

It turns out that’s not the only eccentric parenting technique the “Clueless” star has shared with the world in recent times.

In another blog post last month entitled “A Must Have For Mamas,” Silverstone endorses her new find: the milk saver -- a plastic device to put inside a nursing mama’s bra.

“It took me a few times of baby being wet for me to realize that my boobs were leaking – that clued me in, along with the ants who moved into my house to drink my fabulous vegan milk…This milk saver was the answer! While you feed your baby, it collects milk from your other boob,” she wrote. “The nipple goes inside the hole and milk collects in the bottom so you can save it. All those little drops add up! I love it, and I use my milk saver every day, many times a day.”

"Mad Men" star January Jones does something else every day: she consumes her own placenta.

Jones said she has been consuming the contents of her placenta in the form of a pill, crediting the organ that connects the developing fetus to the uterine wall, to boosting her energy levels and shunning any post-partum depression (PPD) symptoms.

“Your placenta gets dehydrated and made into vitamins,” she told People magazine. “It’s something I was very hesitant about, but we’re the only mammals who don’t ingest our own placentas. It’s not witch-crafty or anything! I suggest it to all moms!”

“I have heard anecdotally of the benefits of doing this, but did not opt to do so myself,” Caroline Freedman, owner of Nuturme, told Fox411.com. “But I can certainly appreciate a mom going to great lengths to prevent PPD.”

And finally, there is new mom Christina Applegate. She had our jaws dropping when she shared her love for the product NoseFrida. Also known as the “snotsucker,” the device is placed in a child’s nostril, and then the parents use their mouths to suck out their kids' nose gunk.

The website for Nose Frida claims it is “100% hygienic due to the included filters.” 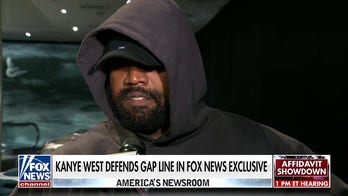